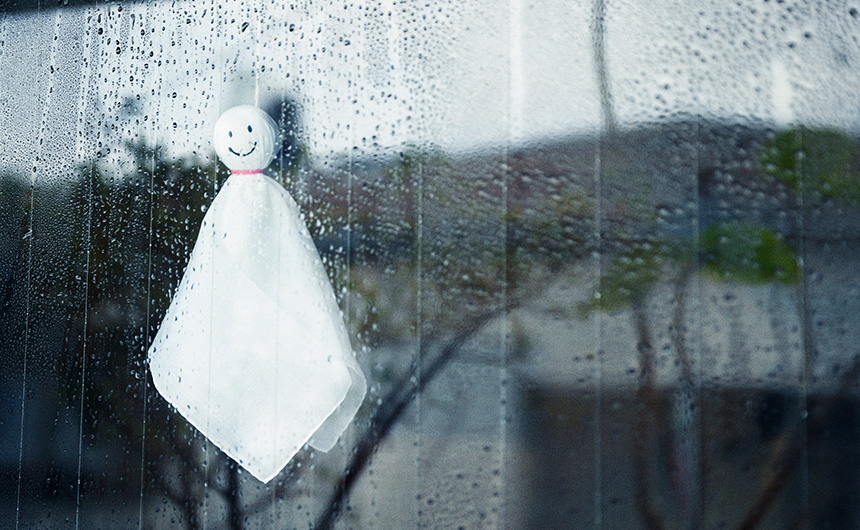 Turning fondly to a favorite umbrella in the rainy season: the abiding relationship Japanese people have with umbrellas.

This may be out of the blue, but how many umbrellas do you own? One? Two? What if we include tiny travel umbrellas? Even more? Some readers might even remember that they have an umbrella or two stocked at the office. One survey found that Japanese people own on average 3.3 umbrellas – the most of any people in the world. By the way, the global average is 2.4. What is interesting is that, if you compare actual rainfall to the number of umbrellas owned, it’s not necessarily the case that people in countries with the most rainfall own lots of umbrellas. Which brings us to the burning question: why do Japanese people own so many of the things? Today we’ll be discussing the secret life of Japanese people and umbrellas.

The history of Japanese umbrellas and how they drastically developed from the Edo through Meiji periods.

The umbrellas we use today first took root among the populace in Japan in the Edo period. Until that time, the usual garb was the bamboo hat (like that found in the “Kasako Jizo” folktale of old) and the hat fashioned from a grain basket. As can be seen in ukiyo-e (woodblock), landscape scenes, and bijinga (portraits of beautiful ladies) prints, the Japanese-style umbrella made of Japanese paper and bamboo was very much an everyday item of Edo period peoples. This item was also incorporated in the tea ceremony, kabuki theater, and traditional Japanese dance as a prop. Its beauty transcended the realm of raingear implements and become an abiding and loved piece of culture. 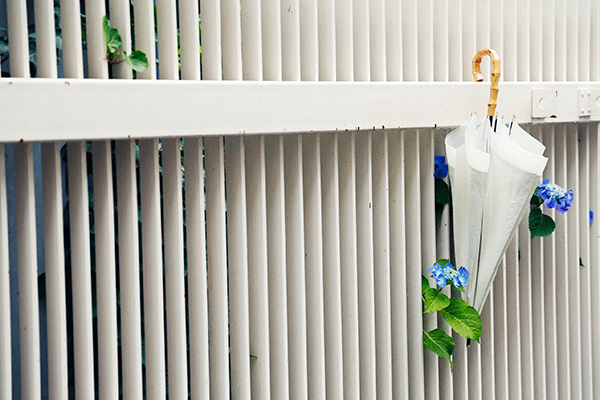 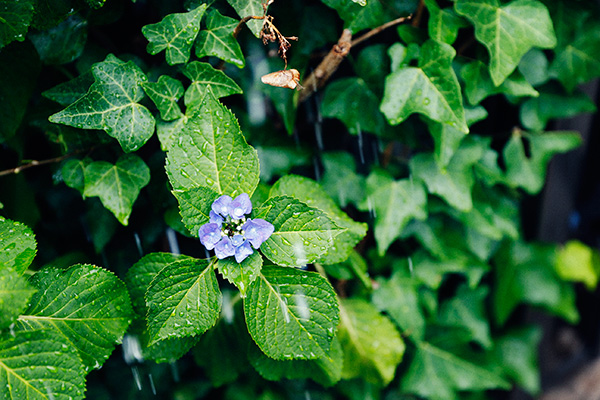 Even at the slightest sprinkle of rain, Japanese people open umbrellas – are we umbrella fanatics?!

Here comes another intriguing question:
If you find yourself strolling outside and there is a slight sprinkle of rain, do you use an umbrella?

The key point here is a “sprinkle.” Most Japanese will reply, “If I have an umbrella on hand, I will definitely use it.” However, Europeans tend to say that they don’t bother unfurling an umbrella for a small sprinkling. 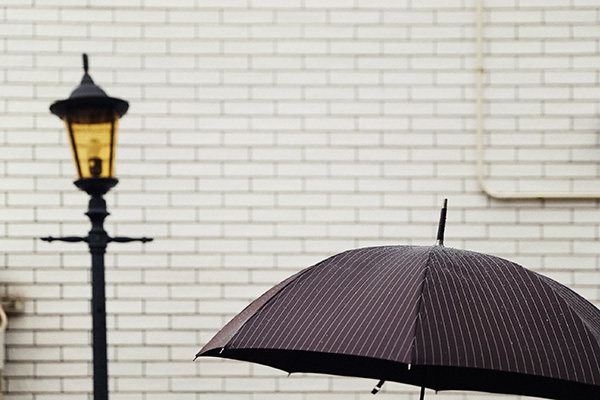 Largely implicated in this difference seems to be the disparity between the weather in Japan and Europe. Japan has a humid climate, so if you get wet, it takes a long time to dry. For this reason, people try to stay dry from the rain to the best extent possible. In Europe, however, with its drier, non-humid climate, people must feel that a slight sprinkling will soon dry off. European rains also tend to be of the sort where a major squall pours and then leaves, so you can just take shelter from the rain until it passes. Japanese rains are always on and off throughout the day. For Europeans, carrying an umbrella in the first place is something only done when it pours all day long. Survey results also found that Americans find the very idea of umbrellas a nuisance, and they don’t mind getting wet. How amusing! 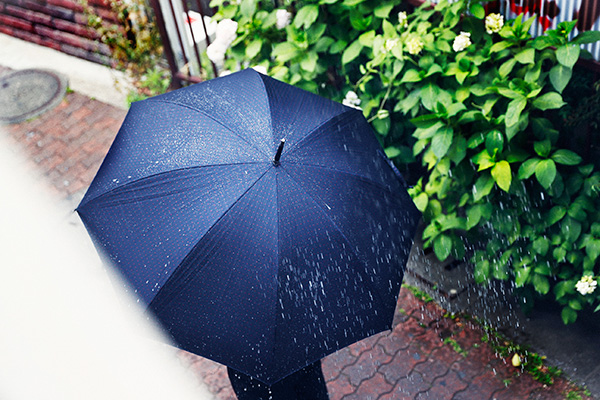 Some regions favor raincoats over umbrellas. We tend to think of the UK as having heavy rainfall, which is true, but adults and children alike regularly wear raincoats. In the steamy and humid Japanese rainy season, though, people probably feel that raincoats are more a nuisance than a help.

Japanese people also have the stereotype of being neat and tidy, so umbrellas are a must in this equation. They keep your clothes dry and your hair kempt. That’s may be why, as explained above, people have an average of 3+ umbrellas. In Japan, umbrellas are an essential item in the roughly monthlong period before summer, as this dreary season has constant rainfall. Given the ever-presence of storm clouds and sticky weather, people will do anything for a bit of relief. 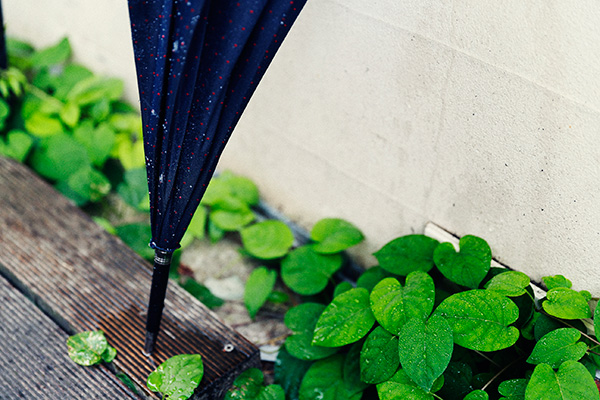 Find a favorite umbrella and make rainy days an occasion for fun.

One thing visitors to Japan are always amazed by is the ubiquity of clear plastic umbrellas. Apparently, scenes of everyone sporting these transparent items leave a memorable –- if not a bit unusual — impression on tourists. Actually, their merits are various: large, golf-sized umbrellas can be bought for a single coin, and they have become increasingly more robust in recent years, so people do not hesitate to snap these up during a sudden downpour. At the same time, more and more people are enjoying the benefits of buying a luxury umbrella and taking good care of it as an heirloom piece. In this way, there is not one single approach to the Japanese umbrella passion, which bifurcates in various ways. 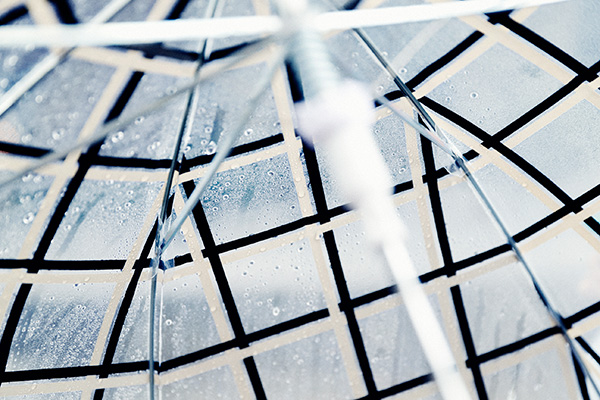 It turns out that 1.003M umbrellas are sold in Japan annually. Most of these are of the plastic variety, but these numbers include people who have found lifelong, favorite umbrellas to cherish. When it rains, these people surely take out their prized possessions, open them up, and skip through the rain without a care in the world. With a favorite umbrella in your arsenal, the rainy season becomes something fun. That’s the mysterious power of beautiful objects.

June 11th is Umbrella Day. As the rain silently sprinkles, we pass people unfurling colorful umbrellas, like flowers blooming forth. The umbrellas bob and weave in the throng of people. If you start to think of rainy days as a chance to see beautiful scenery like this, a rainy day is an occasion for joy. 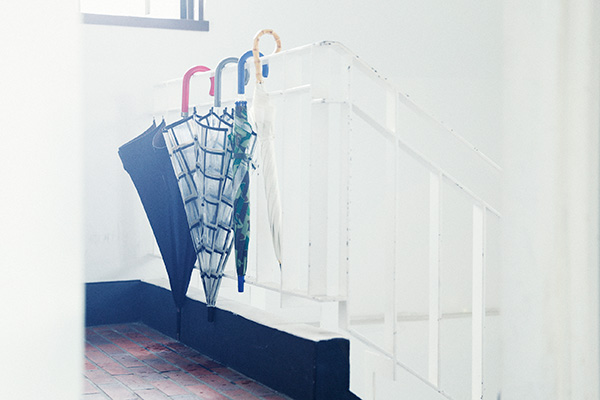 A range of rainwear and accessories for those who want to stay stylish even when it rains. The selection includes excellent products you will even want to use on sunny days.