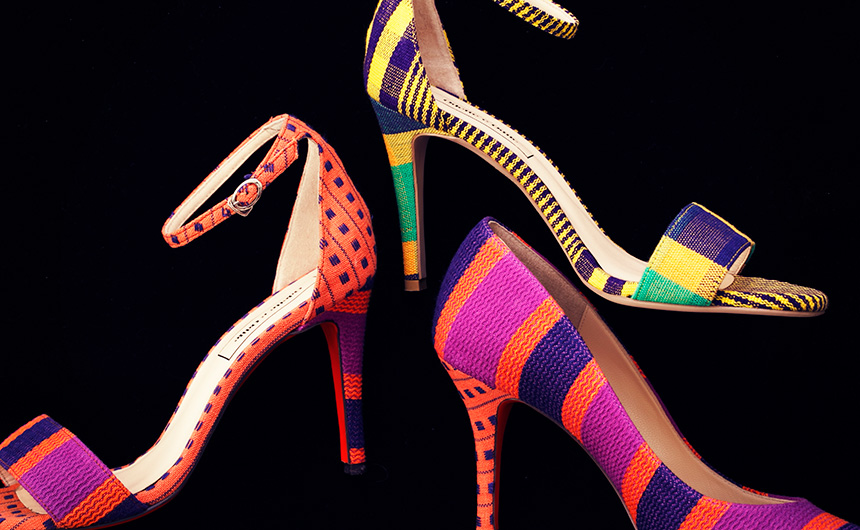 In collaboration with the Ethical Fashion Initiative (EFI), United Arrows began providing assistance to developing countries through fashion in 2013. We spoke again with key player on the project Hirofumi Kurino, leader of creative direction and Senior Advisor, seeking out the significance and challenge of the initiative, the allure of embodying the unadulterated cultures of various countries into products, outlooks moving forward, and more.

Captivated by the spirit: “NOT CHARITY, JUST WORK.”

In Africa and Southeast Asia, the issue of poverty is deep-seated. The disparities between the haves and have-nots arising for the mere reason that a country is underdeveloped, the discrimination towards women that still runs rampant, the unfair trade with developed country, and on and on… The undertaking trying to solve such global social issues through a core approach of fashion is the Ethical Fashion Initiative. Kurino claims that what spurred United Arrows to be the first Japanese brand or retailer to participate in the project was how the slogan brandished by the project, “NOT CHARITY, JUST WORK,” struck a chord with them. 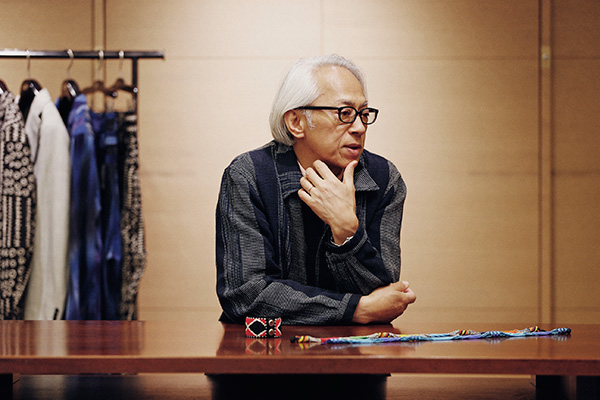 “It sounds like a very noble undertaking when you hear that it intends to rectify the problems facing developing countries, but to do it through the filter of fashion absolutely requires a type of artisanship encapsulating a sense of appeal that can rustle the sensibilities of anyone.”
This confidence embraced by Kurino as a professional working in fashion is reflected in items made in the project. While leveraging traditional craft-making techniques inherited from developing countries, Kurino constantly kept in mind questions such as: “Does this seem like something we would want?” and “Does it fit in with urban landscapes?” If it were impossible to make anything other than “mere souvenirs” by utilizing traditional techniques, there would be no point to social contribution through fashion, says Kurino. Although he was not confident that they would be able to make such captivating craftsmanship possible when first approached about joining the project, he became confident after visiting African countries including Kenya, Mali, and Burkina Faso in person and seeing the traditional crafts of each area. 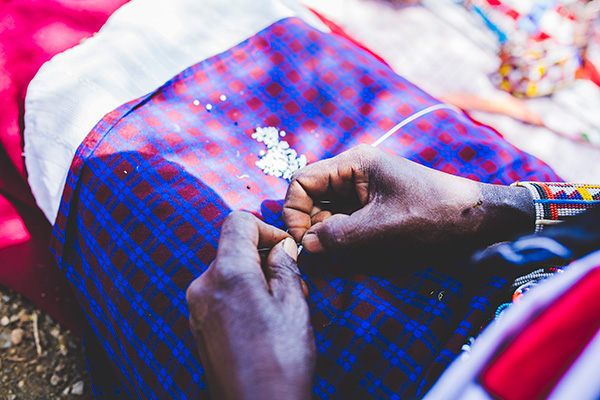 “I was blown away by the splendor and sharp looks of the traditional arts and crafts, which is what confirmed to me that we could do business with these arts and crafts as “work” and “fashion products” while respecting the local people, rather than just as mere “charity.” 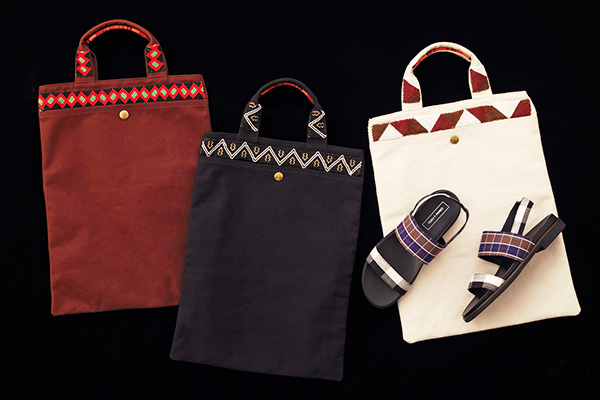 One-of-a-kind products born out of a sense of color cultivated by natural riches.

European, American, and Japanese items account for the vast majority of fashion products made available in Japan these days. However, after signing on to the project and making progress on creating fashion products in collaboration with African countries, Kurino grew deeply captivated by the unique African touch that stands in contrast with any of the countries or areas mentioned above. While taking full advantage of these unique tastes, to create items that blend into urban environments without looking out of place, Kurino needs to place orders while maintaining just the right amount of distance with local artisans. 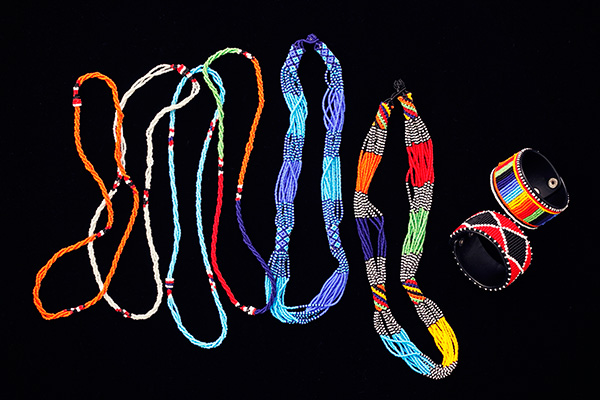 “For instance, there have been many women — who are, in fact, making bead products for us — since long ago who excel at a technique of attaching beads to leather, but to the extent possible we make an effort not to place overly-detailed orders. Specifying every last detail down to the color and pattern based on an intricate design drawing keeps these women from expressing their artistic side. If we provide them with rough orders like ‘Give this one stripes,’ or ‘Make a pattern about this big,’ we end up with bead products that make use of colors we never would have dreamed of.”

These bead products that can only be made with the sense of colors cultivated by the natural world in Kenya have a fresh, never-seen-before feel, and they are just flat-out creative. Even Kurino — who has been in the business of being a buyer for a long time — was hard-pressed to find anything with such unique colors and patterns. Kurino relates that what came about from communicating with locals were not eccentric items, but rather products that could be tastefully adorned with pride in the streets of Japan.

Appealing, simple textures that can only be woven on analog looms.

Kurino claims that, just like with the bead products in Kenya, he was captivated by the textiles in Burkina Faso. Apparently, he was also amazed by the machine used when weaving fabrics upon his visit to the country in person. The machine — a shuttle loom that can be maintenanced by the locals on their own — was provided by a German technician who has a deal with EFI and believe it or not, the machine is made of wood and cardboard. The machine has the advantage that it can be maintenanced regularly with materials available in the area, and more than anything, the fabrics hand-woven using this analog loom by local women end up with a hard-to-describe simplistic, unique texture. 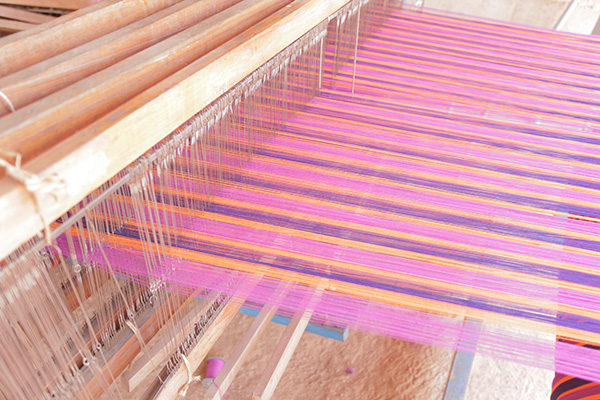 The fabric, which in a good way has too much space in between the threads, gives off a soft aura when you look at it. Ordering the flashy textiles with Lamé fabrics that were trending locally in chic colors to blend into Japanese towns and transposing them into basic items such as jackets and cardigans endows these items with a personality not seen in existing products — a move that can be fully attributed to running through the filters of Kurino, the buyers, and the project team. This kind of product development that balances the country’s artistic tastes with item versatility may be the fruit of close communication. 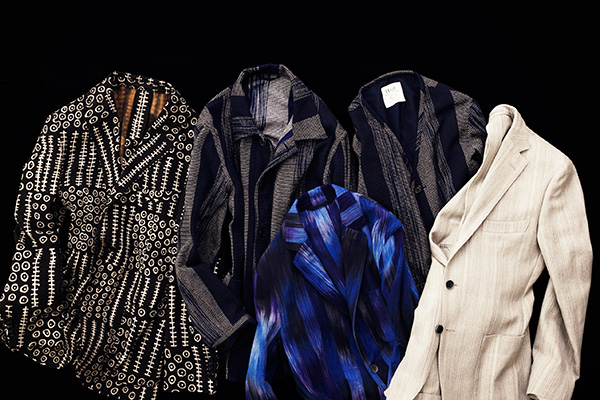 Fabrics made leveraging the traditional dyeing technique “Bogolan” from Mali, which Kurino has not yet visited directly on the project, also contain charms unseen in other countries. Bogolan is a dyeing technique that makes use of resources such as mud, but only men are allowed to engage in the dyeing process because of religious traditions in Mali. Although loads of Bogolan fabrics are sold in the country, prices differ widely depending on the pattern. Allegedly, each pattern embodies religious significance and fabrics are selected by the locals with superstitious-like connotations. 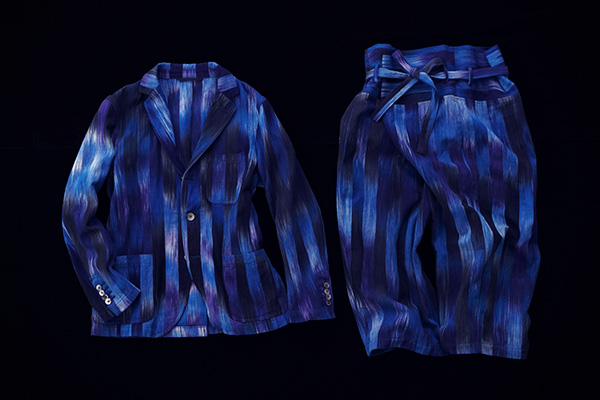 While captivated by this fabric that expresses the life force of the African continent in an unadulterated form, Kurino says that he made a point of choosing patterns with the faintest religious connotations possible in order to actually make fashion products using the fabric. “I made a point of opting for patterns free of deep meaning to use in the jackets and pants that we made this time, so if you run into any Malian people while wearing them, they should not be surprised (lol).” 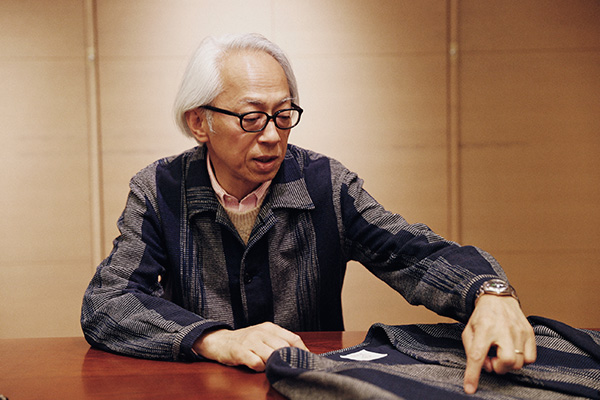 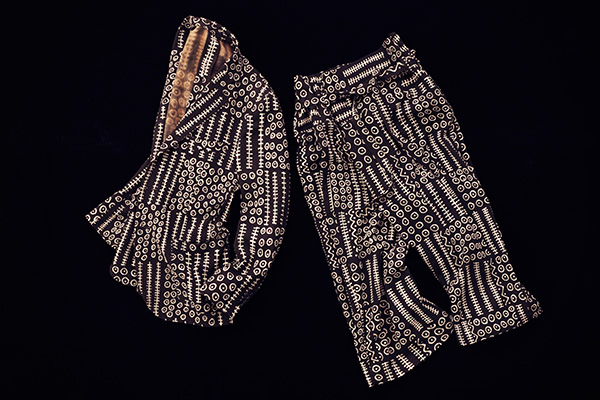 The goal is to create products representing the culture of each country as is.

The products being made in collaboration with EFI are currently being released under the corporate label “TÉGÊ UNITED ARROWS” and there is a chance moving forward that the project may go on to permeate further, exceeding the bounds of the various store brands involved with United Arrows. “TÉGÊ” is a word meaning “hand” in the Bambara language used in countries including Mali in Africa. The word conforms with the idea of working together on the basis of traditional handicrafts from African countries, and the Japanese word “手芸 (crafts)” can coincidentally also be read as “tege,” giving rise to the moniker TÉGÊ. 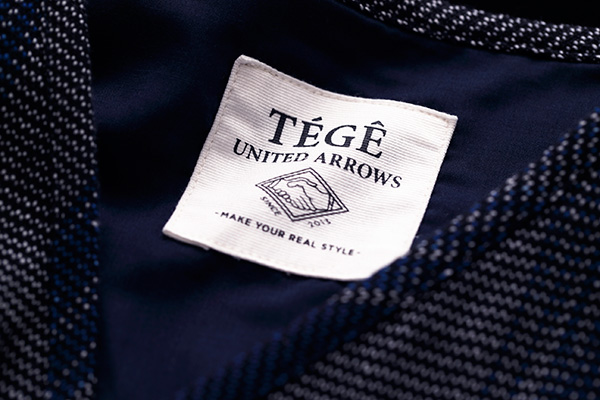 When working face-to-face with people from developing countries in the capacity of social contributions through fashion — which is to say in the capacity of work rather than charity — earnings must naturally be pursued, although Kurino says he wants to avoid going after pure profits at all costs. The important thing is working on the project with as long-term of an outlook as possible.

“To put it simply, we just have to be patient or this doesn’t work lol. We actually see major shifts in deadlines for a range of reasons like heavy rain and illness, so I don’t think there’s any way we can make sound business deals if we just go after short-term gains. I have explained the general concept of the project in light of such circumstances in-house, and we have a framework in place for any store brands that have agreed to TÉGÊ to give in at any time.” 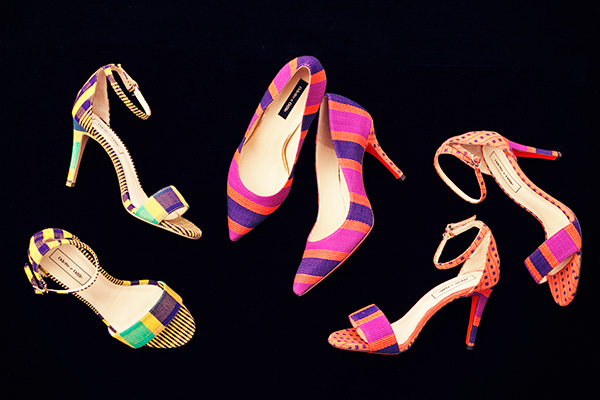 In fact, this season “Odette e Odile” approved the project for the first time and released products including pumps featuring fabric made in Burkina Faso. Kurino has also strongly praised the dainty elegance of the women’s items that feature colors too strong for men.
“Without forcing things, I hope the number of labels we collaborate with on the project moving forward grows, and I also hope to expand the countries working together with us in producing products including not just African nations, but also places like Haiti, Palestine, and Cambodia.”

Kurino’s eyes brimmed with anticipation toward encountering undiscovered traditional crafts in unfamiliar countries as he spoke passionately. Moving forward, his tireless challenge of fusing together cultures of various countries with fashion will continue.

The project was launched in 2008 by the International Trade Center (ITC), a joint institution of the United Nations Conference on Trade and Development and the World Trade Organization. The project provides assistance aimed at economic independence through fashion under its slogan: “NOT CHARITY, JUST WORK.”

See here for UNITED ARROWS products.
※New items featured in the article will arrive in order