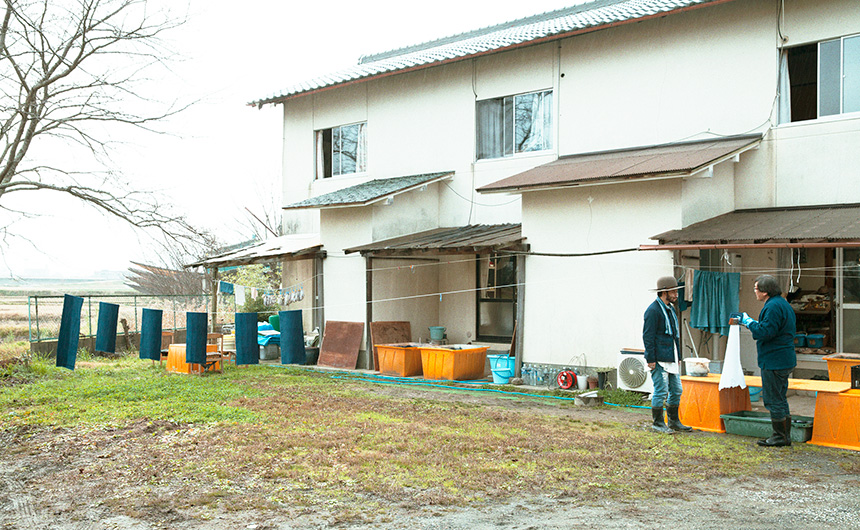 Poggy visits Kyoto to see the colors and techniques of a traditional dyeing craftsman.

UNITED ARROWS & SONS announced a "Nagomi -CALM-" themed capsule collection together with ＜nonnative＞ which will be released in spring and summer. In this installment, we'll be focusing on the special items in the lineup that are made using two traditional Japanese dyeing techniques. The first is called "kusakizome" and uses natural materials such plants, fruit, roots, and flowers, and the other is an indigo dyeing technique called "Ryukyu aizome" that's rarely seen nowadays. To see these traditional dyeing techniques in action, we visited craftsmen in Kyoto together with the director of UNITED ARROWS & SONS, Motofumi Kogi aka "Poggy."

Murata: Since ancient times, Japanese people have always appreciated the changes in the hills and fields in each of the four seasons, and have written about these sights and the feelings they give in poems and songs. In the same way, they also enjoyed making use of those beautiful colors in their clothing. These seasonal colors are traditionally used in Japan, and produced through the use of “kuzakizome” technique. However, around the middle of the Meiji period, these traditional dyes were replaced with chemical dyes, and the original colors of the traditions disappeared. “Kusakizome” is experiencing a revival now, but is still only practiced by a small group of people. Here at Murata Senko, our concept is using “kusakizome” to produce dyes that are traditional, but at the same time modern as well, and we have managed to revive the technique on the industrial dyeing stage.

Kogi: Mr. Murata, how did you first encounter “kusakizome,” and with what kind of timing? 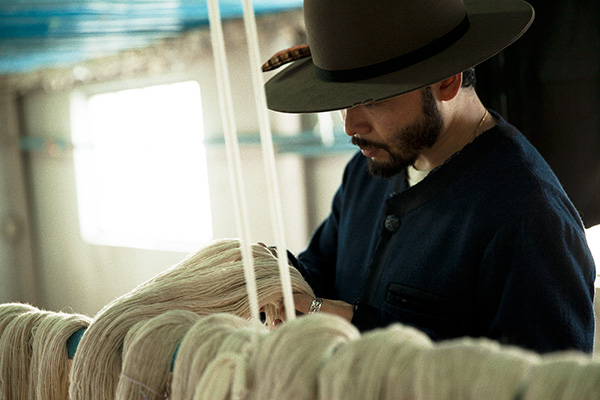 Murata: It all started when I saw some bright red socks that were being exhibited at Shosoin in Nara in a magazine. They were dyed with “kusakizome” 1200 years ago, and I was shocked at how well the red color had held up. I thought to myself, “I definitely want to try this. I want to revive these techniques in the modern world!

Kogi: I see. I think the way you’ve taken this traditional craftsmen’s technique and made it into something that’s usable for mass production is really amazing. How on Earth did you manage to achieve that? 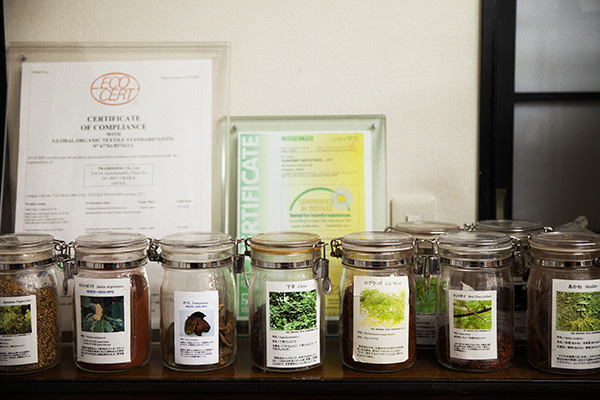 Murata: In order to make it into a mass production technique, I collected quantified data on aspects that had been done by feel up until now, and by doing that I achieved predictable and stable results, and also reduced costs. That was accomplished as a joint research and development project by three companies: this company, the Kyoto Municipal Institute of Industrial Technology and Culture, and Rakuto Kasei Industrial Co., Ltd. We spent a year and a half dyeing cotton, hemp, silk, and wool with a variety of different dyes, and collected data from each and every attempt. With this data, we achieved a level of quality that can meet a variety of customer needs.

Kogi: You mentioned that the dyes are all made entirely from plants and other natural materials. Are there any differences in dye colors and things like that compared to chemical dyes? 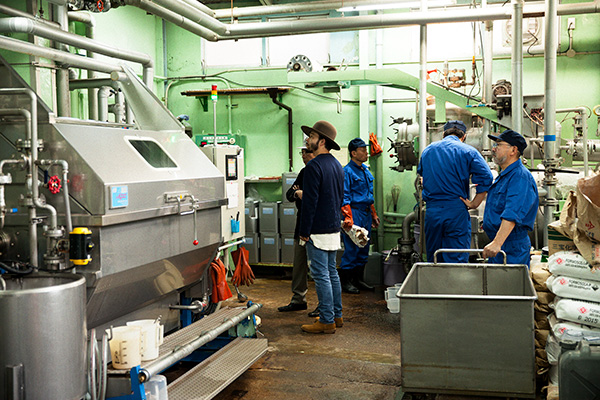 Murata: When we first started using “kusakizome,” everyone asked that question: “How is this different from typical chemical dye?” To sum up “kusakizome” in brief, the colors are gentle. They have an inner glow to them that makes them different from simple intermediate colors, and a complex Interplay of austerity and depth. As time passes, the colors change little by little. Just like with clothes made using the “aizome” technique, you can enjoy the changing colors of “kusakizome” clothing. 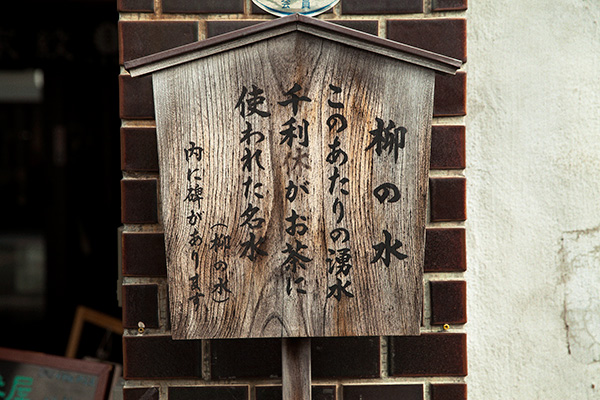 Kogi: Are there any especially difficult aspects of “kusakizome” or problems you have to deal with while carrying out the technique?

Murata: This isn’t limited to “kusakizome,” but I think you could say that whenever you’re doing dyeing, the most important thing is water. If you use typical industrial use water, the chemicals, impurities, and other compounds in it cause the colors to come out faded. In Kyoto, there are areas like Imadegawa Street, Horikawa Street, Ogawa Street, Oike Street, Shimizu, and Fushimi that have names related to rivers and water, and there are also many waters like Somei, Samegai, Yanagi no Mizu, and Gokounosui that have a reputation. Near Nishinotoin Street where this company is located, there’s a well that was used by Sen no Rikyu for making tea, and also a monument called “Keshosui no Ishibumi” that indicates Ono no Komachi used this water as well. Having access to high quality water like this is a must for “kusakizome.” 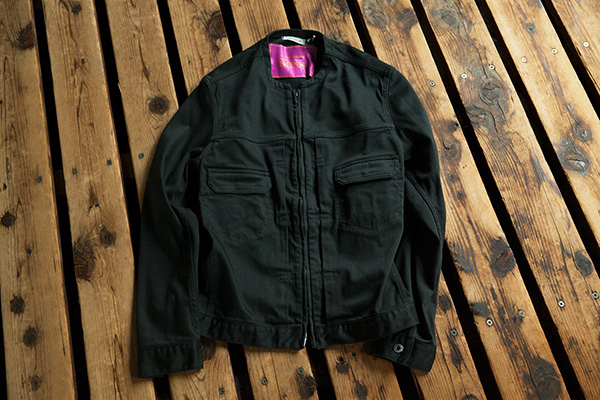 Kogi: So “kusakizome” has thrived in this area since ancient times precisely because of the high quality water.

Murata: That’s right. Also, the materials used for “kusakizome” dyeing come from a variety of different countries, and compared to chemical dyeing, achieving a good color takes time. Also, as I mentioned earlier, it requires complete data management and a high level of experience. For example, in order to make the jackets for ＜nonnative＞ in this project, it takes a full two days of dyeing and a full day of air-drying. Although we can carry out mass production now, there are still many areas that require a great deal of time and labor. The reason we continue to strongly support “kusakizome” in spite of all that is that we hope to use these natural materials and Kyoto’s high-quality water to show more and more people about Japan’s traditional dyeing techniques, and spread them throughout the world. Perhaps this is a bit of an overstatement, but I think “kusakizome,” which is gentle on skin and also environmentally friendly, is exactly the kind of environmentally friendly dyeing the modern world needs. 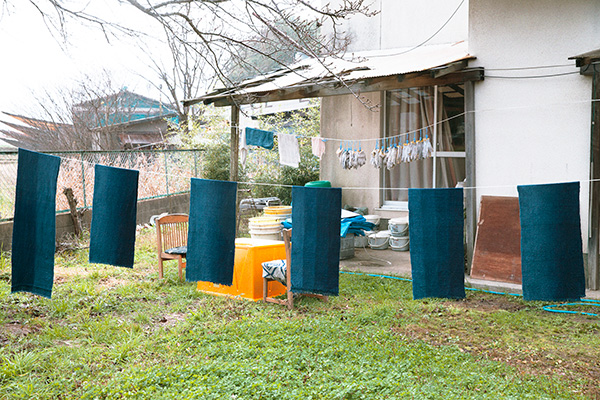 “Rykyu indigo” is a tradition handed down outside of Kyoto. What is the “mysterious Kyoto indigo”?

Kogi: When I think of “Ryukyu aizome,” I have an impression of it as an indigo dyeing technique used in Okinawa. Please explain why you started using “Ryukyu aizome” in Kyoto.

Furukawa: About 10 years ago, a manufacturer in Okinawa contacted me, and told me that there aren’t a lot of craftsmen in Okinawa that can do “aizome” indigo dyeing well. What few there were apparently charged very high prices, and that was a problem for him. So he asked me, “Mr. Furukawa, could you use ‘Ryukyu aizome’ to do some dyeing for me there?” I decided I’d just try it out, and use some of the tradition Ryukyu indigo dye. It turned out better than I expected, and was also easy to manage. I thought to myself, “This is really interesting.” That’s how it all started. 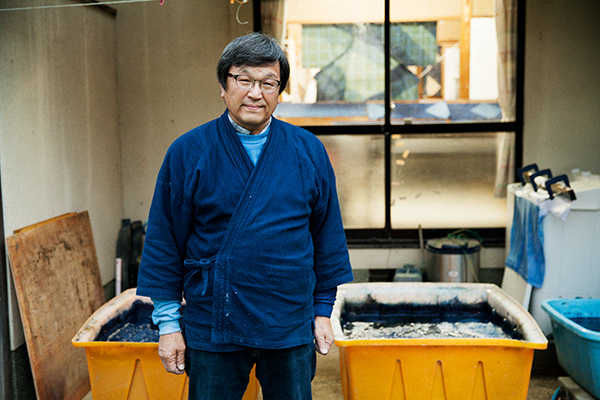 Kogi: I see. I’ve heard that in addition to the Ryukyu indigo, you also use something called “mysterious Kyoto indigo.” What kind of dye is that?

Furukawa: It’s a dye called “Kyo no Suiai,” and it was originally an indigo flower grown in Kyoto through hydroponic cultivation. You can find mention of it in literature from the Edo period, and although it seems to have been manufactured starting in the 1920s, unfortunately as time passed and land developments continued, this Kyoto indigo dye was replaced by imported products and chemical dyes, and disappeared. However, about 75 years ago, a bamboo pipe with “Kyo no Suiai” seeds inside was taken to Tokushima prefecture, an area where Indigo dyeing is a thriving business. The plant was then cultivated once again in that area. I never expected to find the “mysterious Kyoto indigo” like this! I asked for some seeds and brought them back to Kyoto.

Furukawa: I think they each have their own unique character. However, this is only my first year trying out the “Suiai” dyes, so I still need to study it some more to get a feel for the different hues and depth of color it can create. In that sense, recreating the “mysterious Kyoto indigo” is still a work in progress. 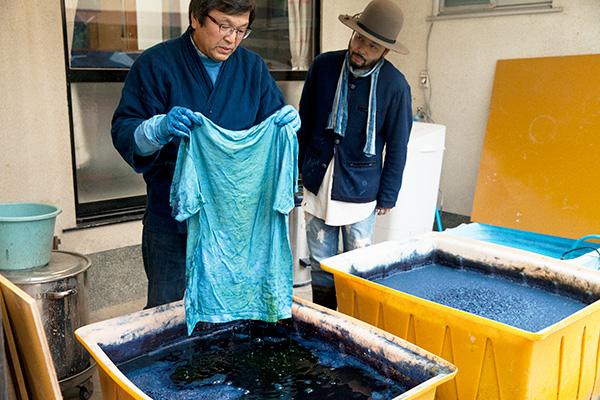 Kogi: Is the dying process carried out by hand?

Furukawa: Yes, that’s right. I soak the articles I want to dye in this tank of indigo by hand.

Kogi: What is this foamy stuff floating on top?

Furukawa: That’s called “ai no hana.” The condition of the foam on top gives you a sense of how the indigo is doing, whether it’s still got plenty of color left or not. Alright, next I’ll show you what soaking the articles is like. 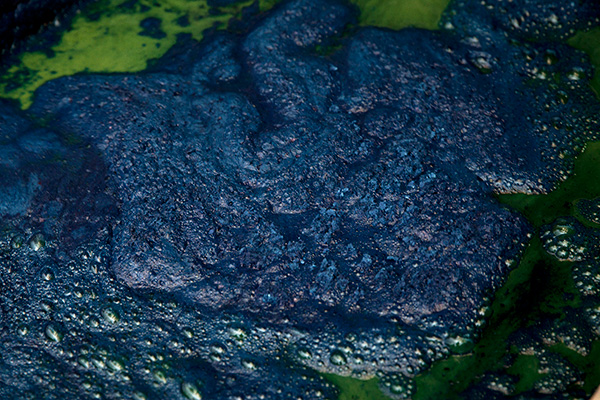 Furukawa: Look at this. It’s kind of yellowish, isn’t it? When this yellow is exposed to the air, it oxidizes and turns bluer and bluer. In my case, I carry out this operation underwater. There’s lots of air in water too, you know? I scrub off the excess dye underwater and oxidize the color at the same time. This process gets repeated over and over to dye the items.

Kogi: So by repeating that process, the dye color deepens?

Furukawa: That’s right. I just repeat this process over and over many times. In order to get an evenly colored dye job, I have to keep the indigo layers as thin as possible and increase the number of repetitions. That makes the work harder.

Kogi: So that means, all of the items for this project are dyed through this process?

Furukawa: That’s right. The entire process is carried out by hand.

Kogi: You do this for hundreds of items?!

Furukawa: That’s right. Whether I’m making hundreds, or even thousands of items, this is the only way to do it (laughs).

Kogi: That’s really surprising! How many repetitions does it take to dye something this color?

Furukawa: I’d say it’s probably about 14 or 15 repetitions. But in order to ensure there are no individual differences, I have to compare the lightness and darkness of the colors as the items dry and be careful to keep them uniform.

Kogi: I see. Experience is everything. 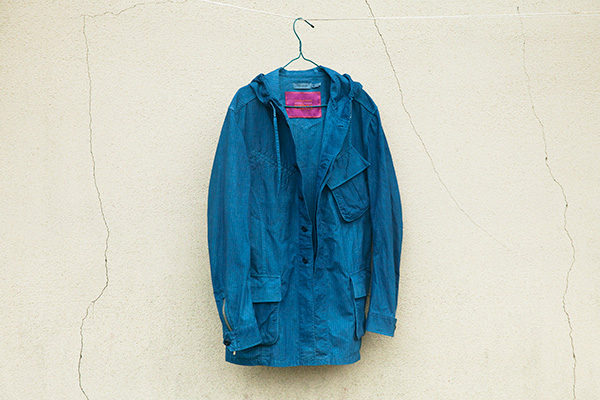 Catchphrase: “a town that raises love through indigo”

Furukawa: Right now, I’m renting abandoned farmland and rice fields to grow “Suiai” flowers through hydroponic cultivation. In the future I hope to build it into a specialty product of Hozu-cho, and I hope it can also play a role in revitalizing the local area. Right now, I get a lot of orders for Ryukyu indigo, but I’m hoping at some point to expand business in the “Suiai” dyes I make here in Hozu so I can join together with the other residents and give something back to the community.

Furukawa: My personal catchphrase is “a town that raises love through indigo.” If there’s anyone out there who wants to try indigo dyeing, I encourage them to come here and experience it for themselves, and I’m also happy to share seeds for the flowers. I’m only here today thanks to the art of indigo dyeing, and I think it’s important for me to pass these techniques on to the next generation. For example, if there are some clothes you don’t wear very much anymore, dyeing them in a new color can make them feel like new again. I think things like this are a good starting point for people to experience indigo dyeing.

Born in 1976. Buyer and director of UNITED ARROWS & SONS. Opened "Liquor, Woman & Tears" in 2006, and launched the concept store United Arrows & Sons In 2010, where he was appointed director.

After learning about dyeing at Kyoto Municipal Rakuyo Technical High School, joined Murata Senko, a business founded by his father, together with his older brother.

Indigo dyeing craftsman. After majoring in woodblock printing at Saga Art College, began working independently in dyeing in the Japanese clothing industry in 1996.

Born in 1976. Buyer and director of UNITED ARROWS & SONS. Opened "Liquor, Woman & Tears" in 2006, and launched the concept store United Arrows & Sons In 2010, where he was appointed director.

After learning about dyeing at Kyoto Municipal Rakuyo Technical High School, joined Murata Senko, a business founded by his father, together with his older brother.

Indigo dyeing craftsman. After majoring in woodblock printing at Saga Art College, began working independently in dyeing in the Japanese clothing industry in 1996.