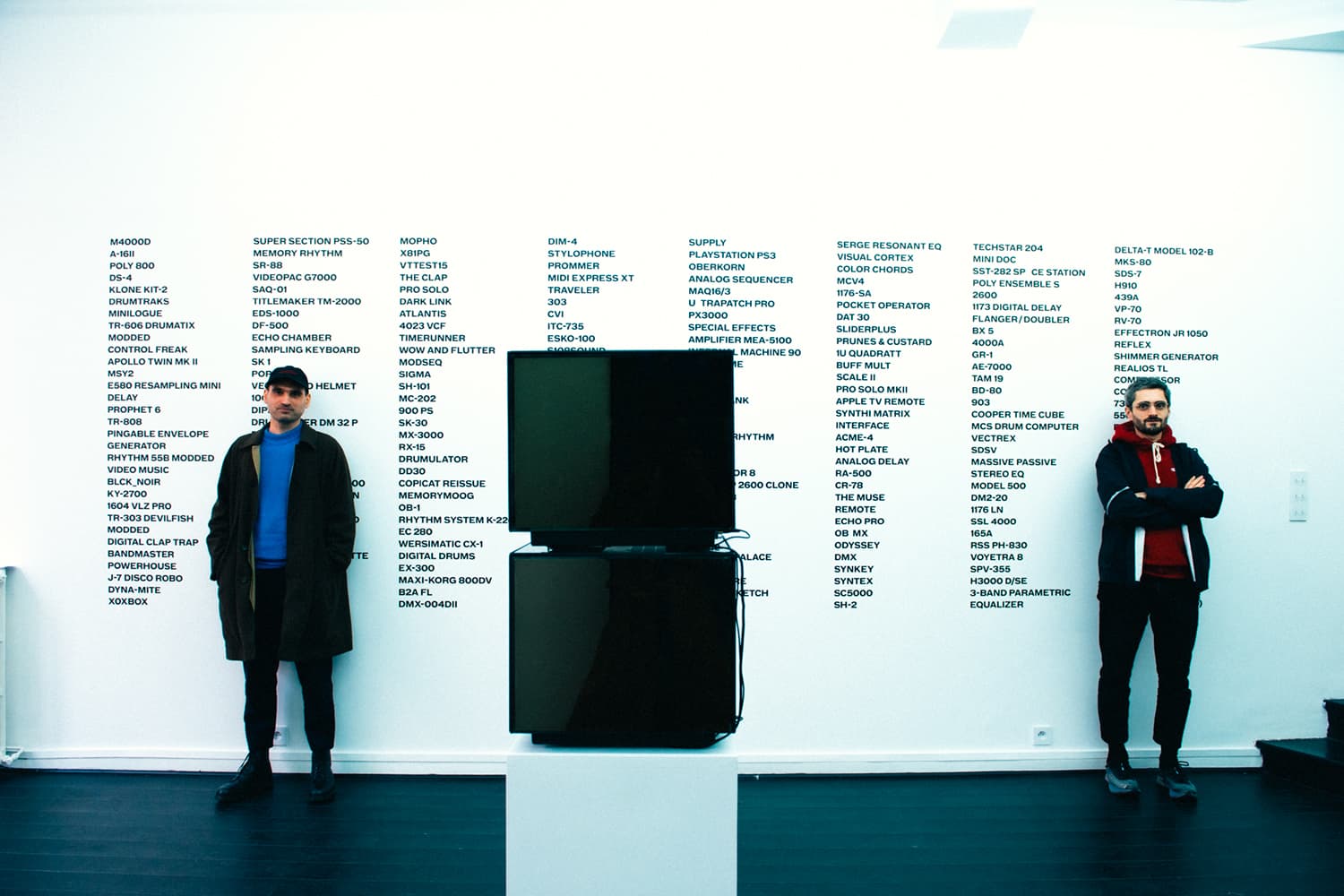 What is ILL-STUDIO, a creative unit with numerous unexplored facts? Unveiling their whole picture that the world is desperate to know. 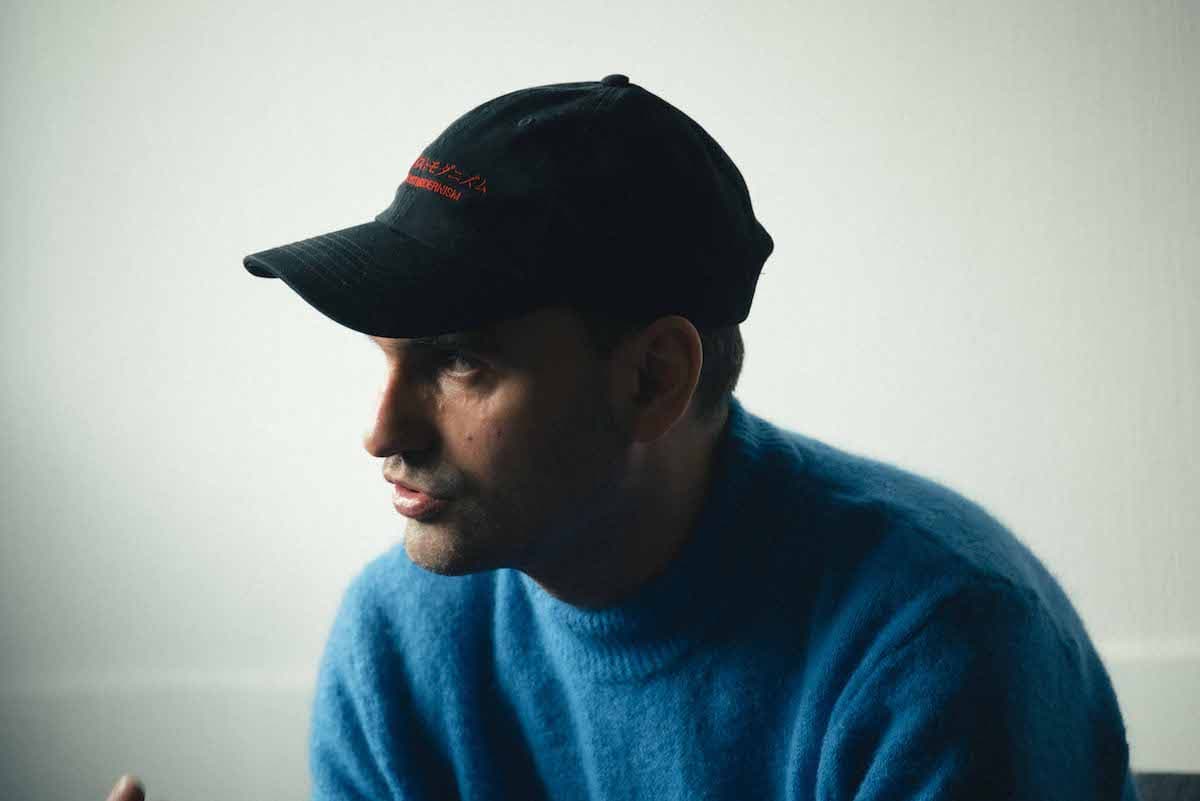 ―Firstly, could you tell us how ILL-STUDIO was established?

Thomas: Leonard and I met about 15 years ago through friends and shortly after started a skateboard magazine together called “Chill“. We did another culture oriented magazine in 2006 before we decided to establish ILL-STUDIO in order to try out many different creative fields. Since 2007, we jump from art direction, video direction, fashion, magazines, architecture, and consulting for various brands and projects.

―What is your concept for operating a project?

Thomas: What we have in common is that we both always loved various types of creations and cultures like music, fashion, art, and design. Nevertheless, neither of us took a professional education for any of the fields because we wanted to do all of them. Thus, ILL-STUDIO was the only way that we could materialize our diverse vision. In France, a professionalism is often categorized particularly. For instance, a designer is into design, a fashion designer is into fashion, and a musician is into music etc. However, ILL-STUDIO doesn’t belong to any category since our goal is to create anything that we are interested in, so we don’t even know what we are going to do in the future which is just like an adventure without a map.

―What does ILL-STUDIO denote in terms of the name?

Thomas: The name of the skateboard magazine that we both did in 2004 was “CHILL”. And, as we didn’t have so much time to come up with a name of our project, so we simply took “CH” off from “CHILL”, and spontaneously ended up with “ILL”.

Leonard: Right. Since we weren’t so picky about the name, we were thinking to change it at some point, but “ILL-STUDIO” has already been prevalent today, so it was too late to rename it haha. 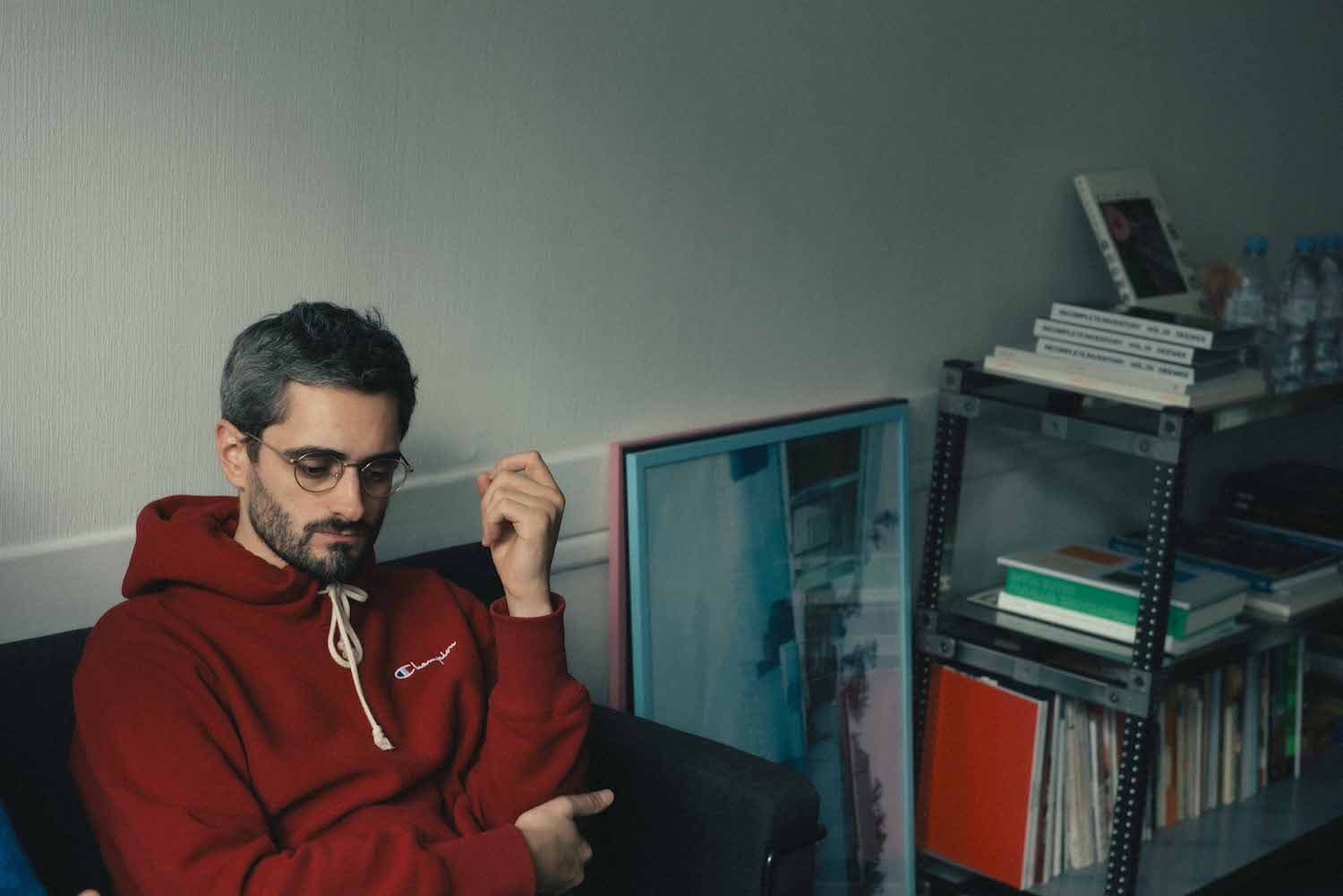 ―What are your particular roles when working on a project?

Leonard: Since our specialty is fluctuating all the time, we don’t set a particular role, and that is crucial for an evolution of ILL-STUDIO. We stimulate each other and shift tasks based on a project.

Thomas: We also understand about our weaknesses as well. As we weren’t professionally educated, we know what we cannot do, and comprehending that is very significant. If we cannot do, then we just don’t do it. That is the common understanding of us which is also a uniqueness of ILL-STUDIO.

Leonard: Yeah. We also ask for a cooperation to a specialist of a particular field when necessary. Nowadays, we will rather act as directors and leave more space for external creatives. Therefore, our team is completely different when we are working on a video, music, an exhibition, a publication, or a clothing collection. 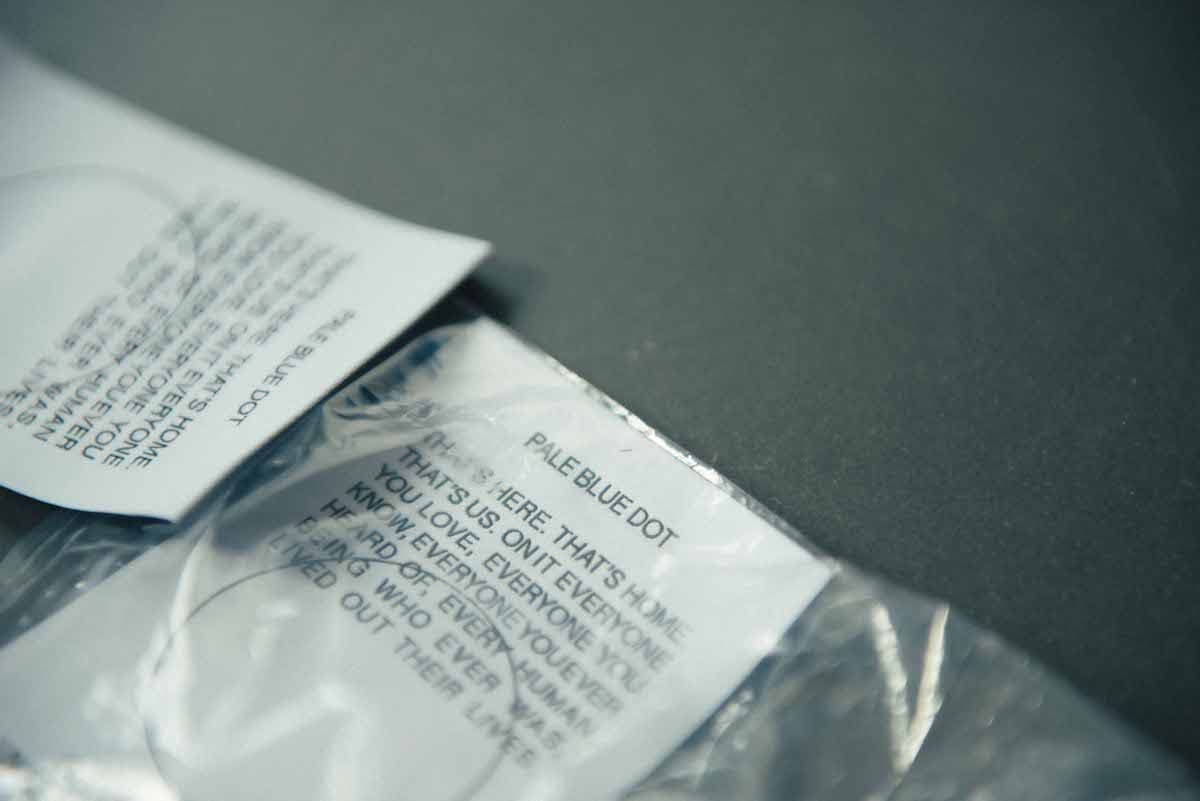 ―What kind cultures or daily lifestyles are you inspired from?

Thomas: It’s hard to answer in a word since inspirations are coming from various directions. And, I definitely don’t know when as well. It might appear when I’m relaxing at my home, exercising at a gym, traveling abroad, or strolling down a street. Thus, I try to be as natural and flexible as possible anywhere and anytime. That’s the most optimal method to encounter with an inspiration.

―What do you keep in your mind in a process of a creation?

Leonard: What’s important is to throw away a stereotype, to blend ideas altogether, and to be flexible to learn and change. Our latest project, “GENERAL INDEX”, and the collaboration with “UNITED ARROWS & SONS” were definitely fresh attempts for us.

Thomas: As he mentioned, our character is a versatility. If our work is only into fashion or music, it’s boring. Our ideal vision, for example, is to work with UNITED ARROWS & SONS as well as to collaborate with the other collection brands and to work with a musician and to hold an exhibition at the same time. We prefer to work on several projects in disparate fields simultaneously. 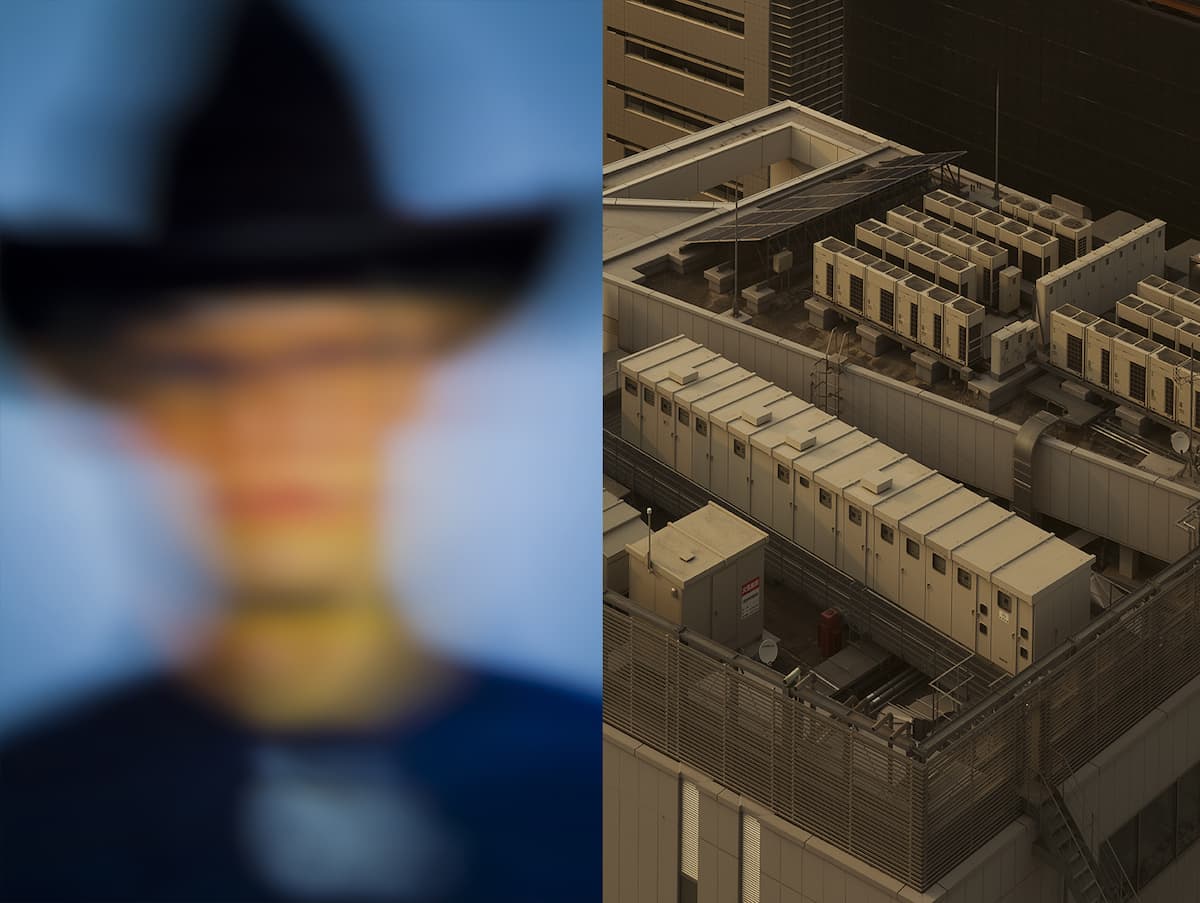 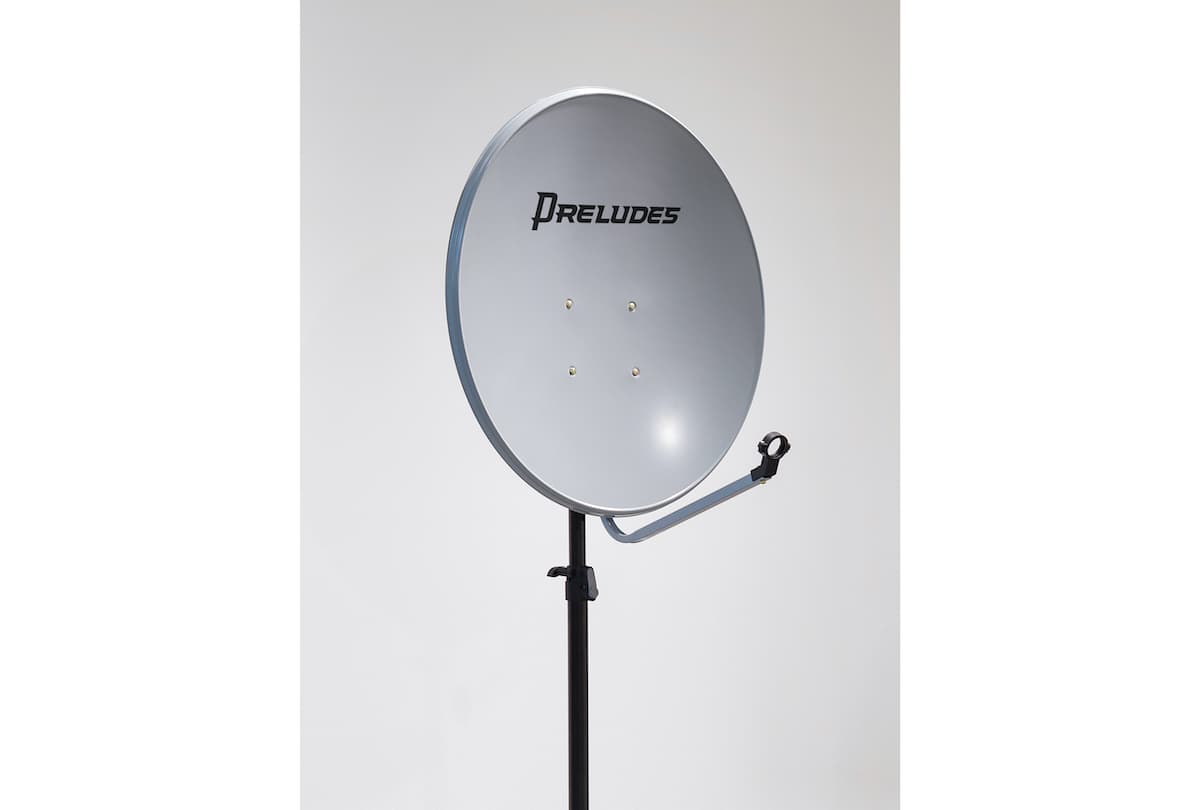 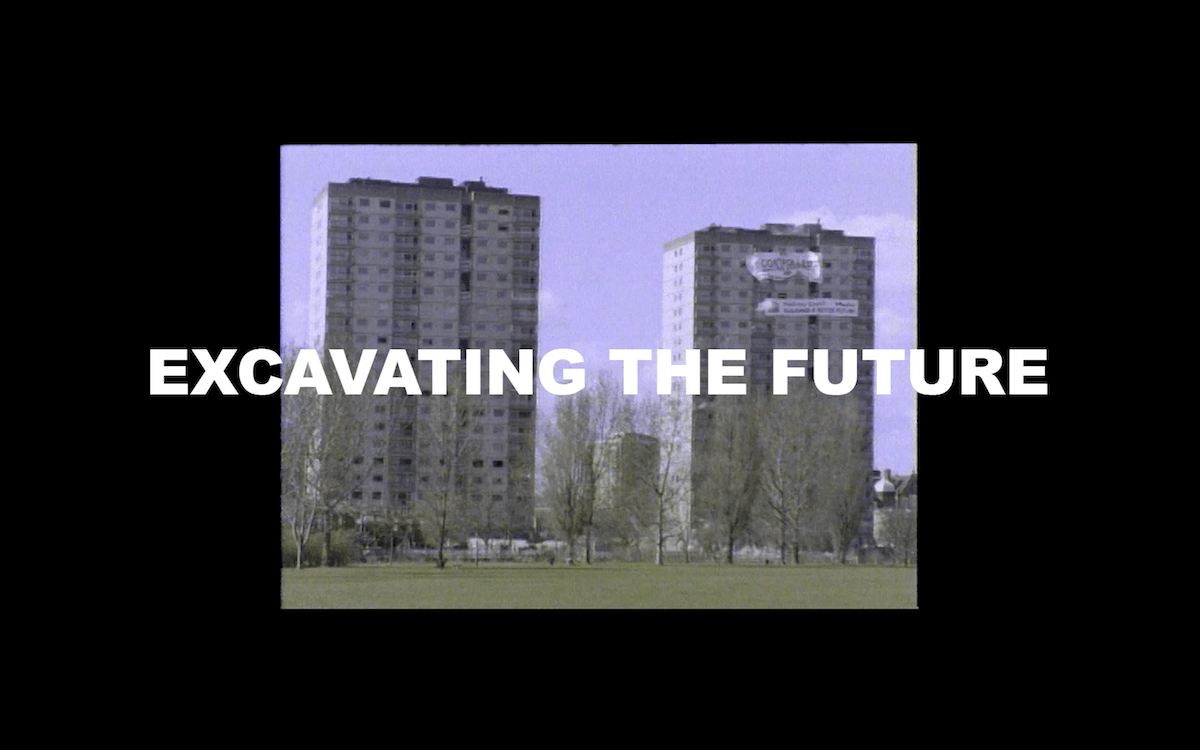 ―What was a memorable project so far?

Leonard: I cannot really choose one because both of us are just like children at a toy store who are genuinely pure and sensitive to all the projects.

Thomas: Recently, “GENERAL INDEX” was added to our list, and that stimulated our boyhood feeling. When we were young, all of us were probably asked at least once, “what do you want to do when you grow up?”. At the time, we refused to answer to that and responded, “not sure”. Since selecting a thing would simply shut our possibility down, so we just wanted to be flexible and free to any opportunities. 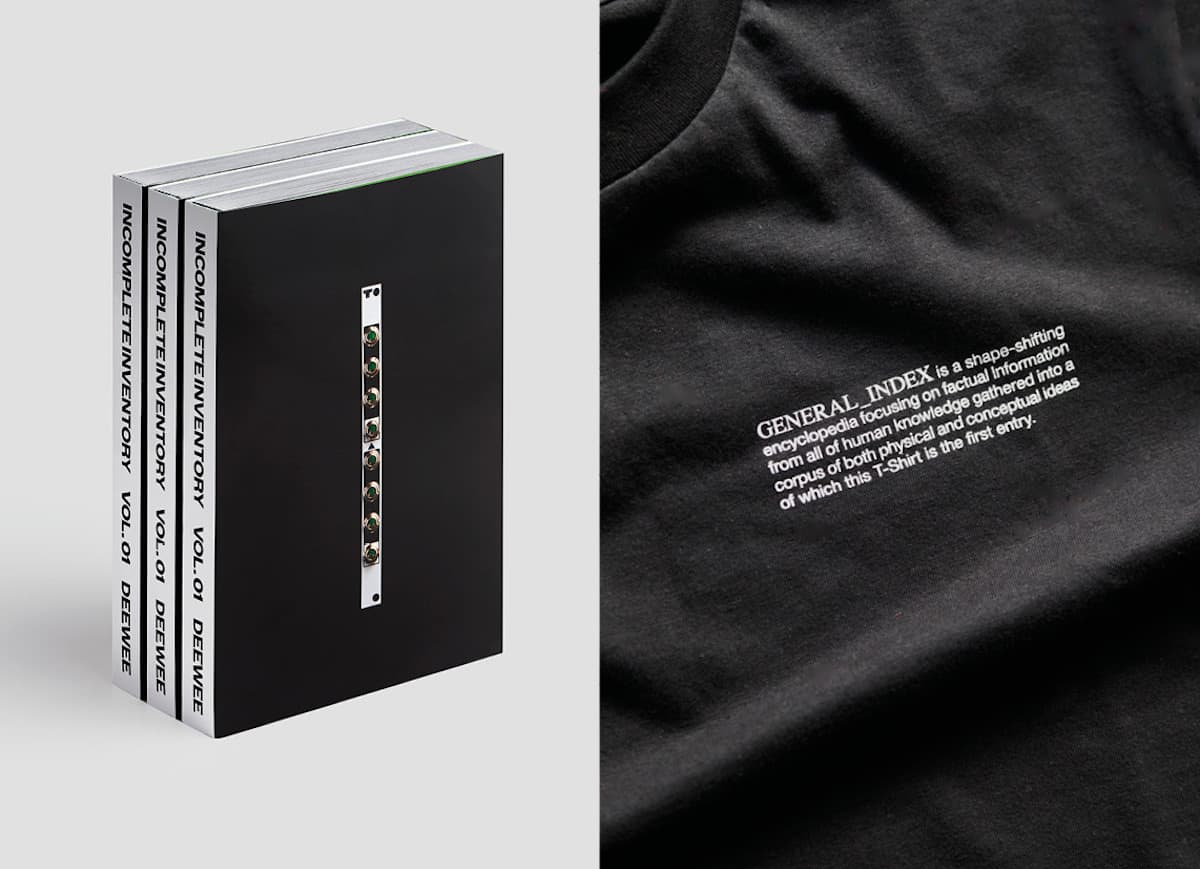 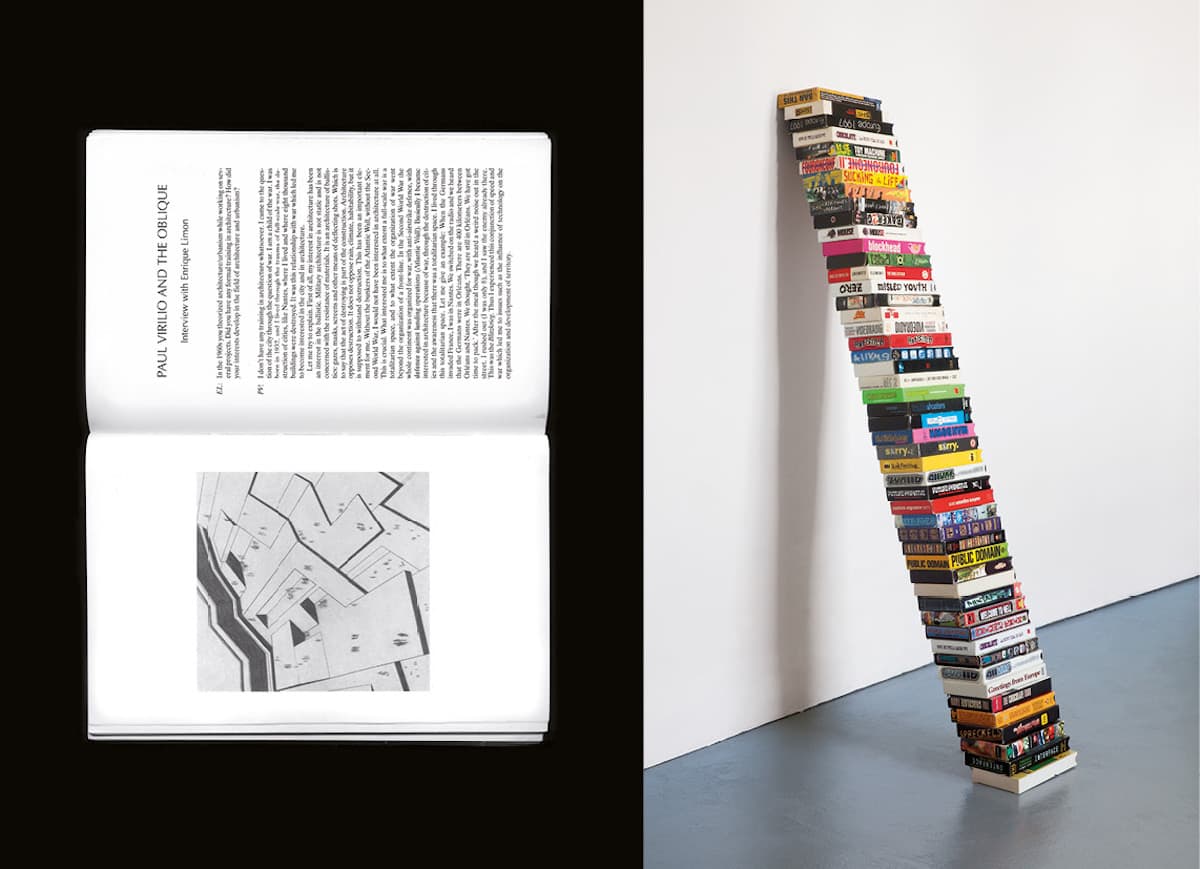 Leonard: We will never select a specific category or occupation in order for us to keep learning, challenging, and evolving.

Thomas: Exactly. What we are interested in is not something we have achieved before but something we have never tried. In the collaboration with UNITED ARROWS & SONS, we produced shoes in which clothing production was our first-time experience, so that was cool.

―Don’t you feel disorganized when you guys are working on several projects simultaneously?

Leonard: Surely, we do haha. Yet, we actually like that kind of challenging moments as well.

Thomas: Languages, speeches, codes, cultures, and skills. Blending these elements in our minds and come up with a single creation is definitely not easy, but that makes the project worthwhile rather than focusing and working on a single matter.

―How do you balance out your creativity and a request of your client?

Leonard: That balance is not so complicated to us. Throughout our careers, we learned how to coexist those two elements. We just come up with numerous ideas as well as to face with their request at the same time, and we just determine if we should act actively or passively depending on a project.

Thomas: I agree. We need a task which is thoroughly organized for us to fully utilize our ideas. While we are thinking and dreaming like children, we are also earnest and diligent. A creativity itself doesn’t suffice, but controlling it would lead to a creation which would impact the others. That “dual-natured” perspectives are what we keep in our minds as professionals. 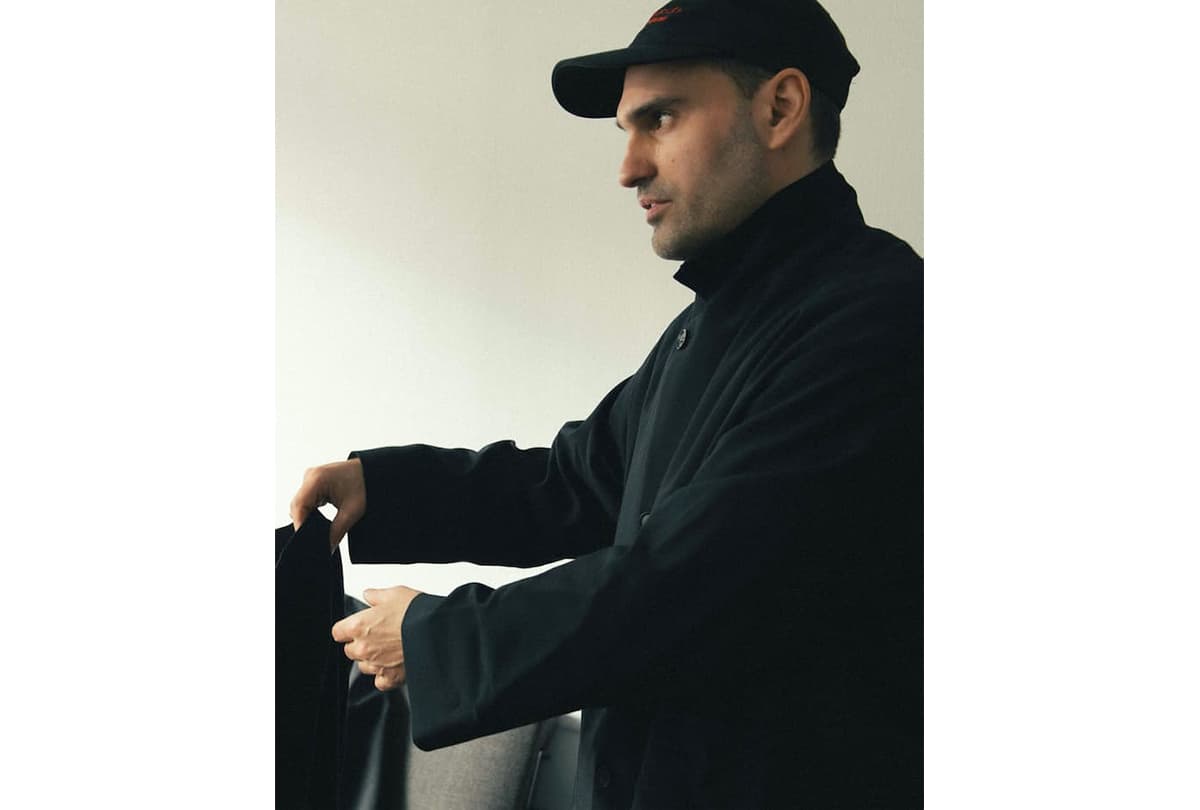 ―How was the collaboration with UNITED ARROWS & SONS realized?

Thomas: ILL-STUDIO’s priority is to “create a story”, and that exists within all of our projects. First of all, for this project, Poggy (Motofumi “Poggy” Kogi / UNITED ARROWS & SONS advisor) and Shin (Shinsaku Masuda / the buyer) visited and asked us, “are you guys interested in producing a collaboration collection?” Immediately, we answered “of course”, yet we didn’t simply want to design clothing. We thought clothing and a presentation shouldn’t be divided, but clothing itself should be a story. And, they agreed with our suggestion, so the collaborate initiated. 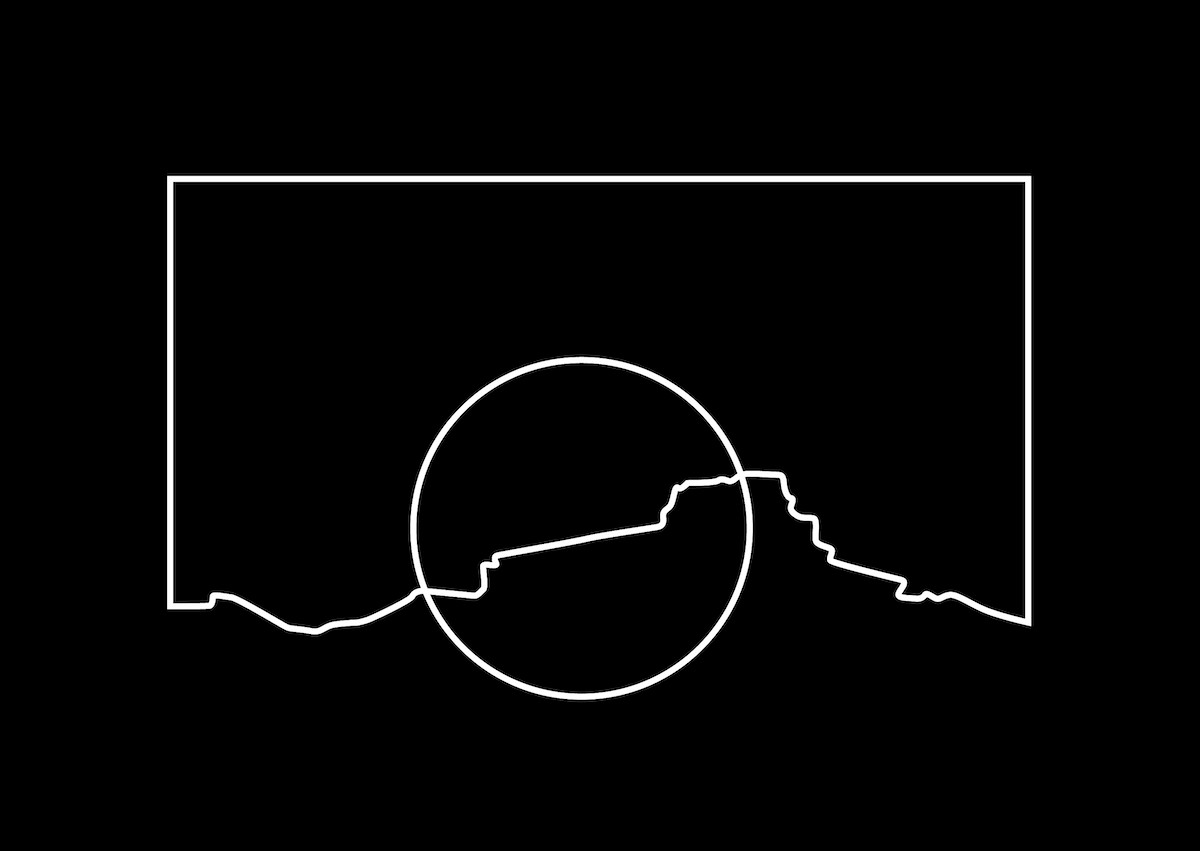 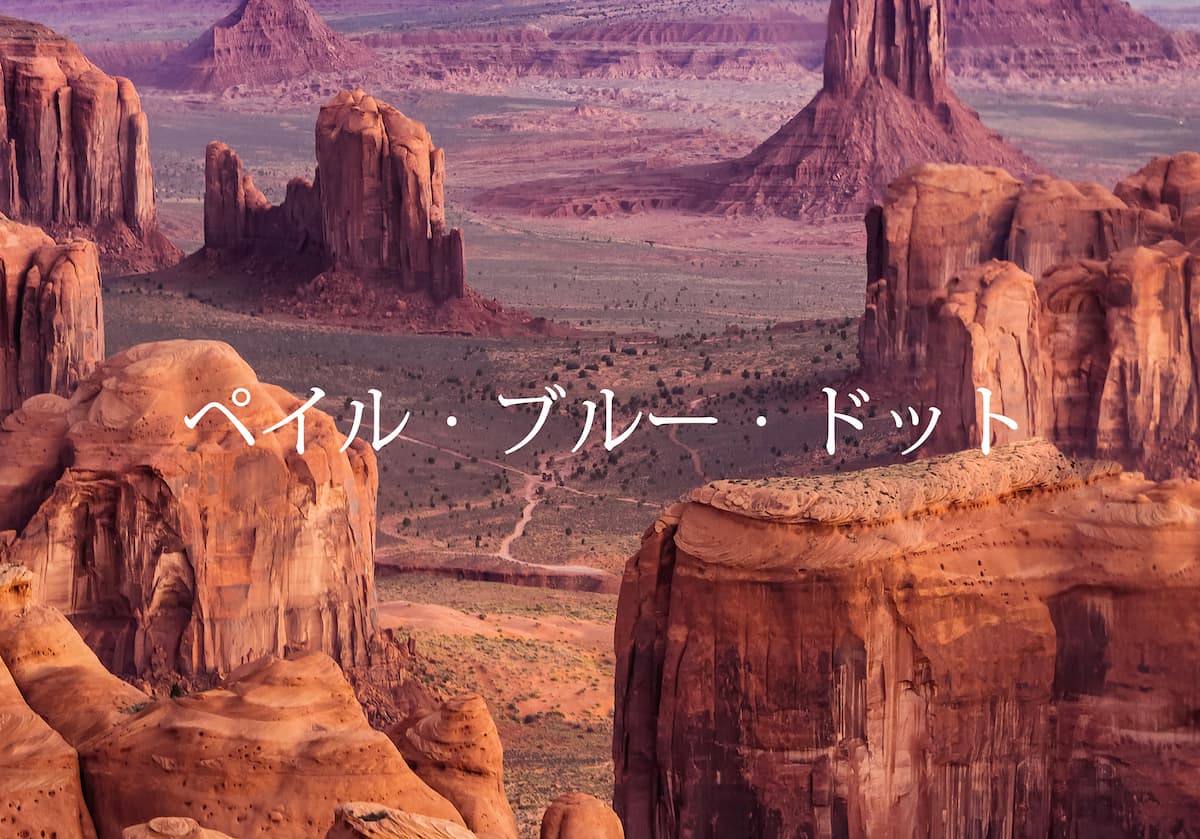 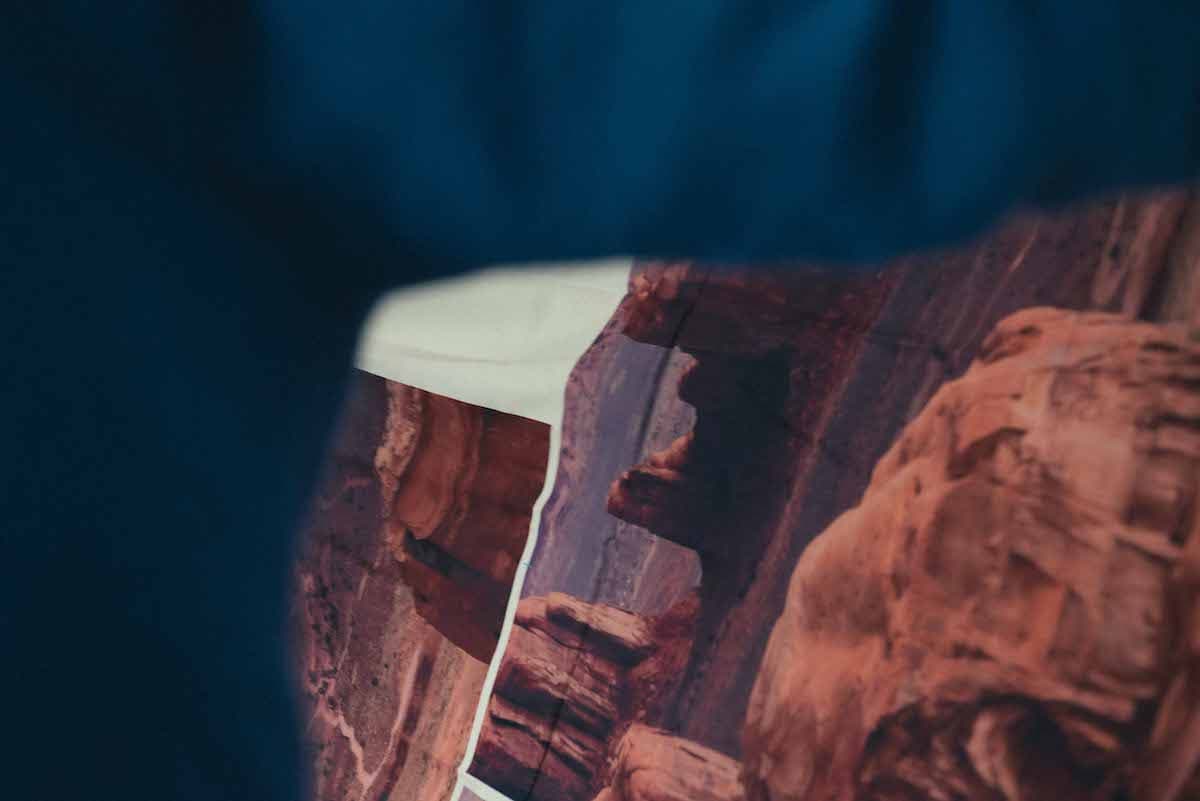 ―What was a story behind this project?

Thomas: The name of the collection is “Pale Blue Dot”. The name was derived from the title of a picture of the earth which was taken by Voyager 1, a spacecraft, from the farthest point from the planet which was 6 billion kilometers away. And, “Pale Blue Dot” was the title of a book which was written in 1994 by Carl Sagan, an American astronomer, who was known to be the most influential person for succeeding the shooting. His poetic yet scientific viewpoint was truly intriguing, and that was definitely the core inspiration for the collection. The silhouettes of the jacket and the pants of the collection were designed with conceptions of his poetic and scientific aspect. Sagan’s writings are also hidden in the lining of the jacket, and the pattern of the shirt was inspired by a star, the earth in this case. And, Grand Canyon was how we demonstrated it. The disharmony between his large-scale vision and the practical shirt really demonstrates Sagan’s mindset as well. 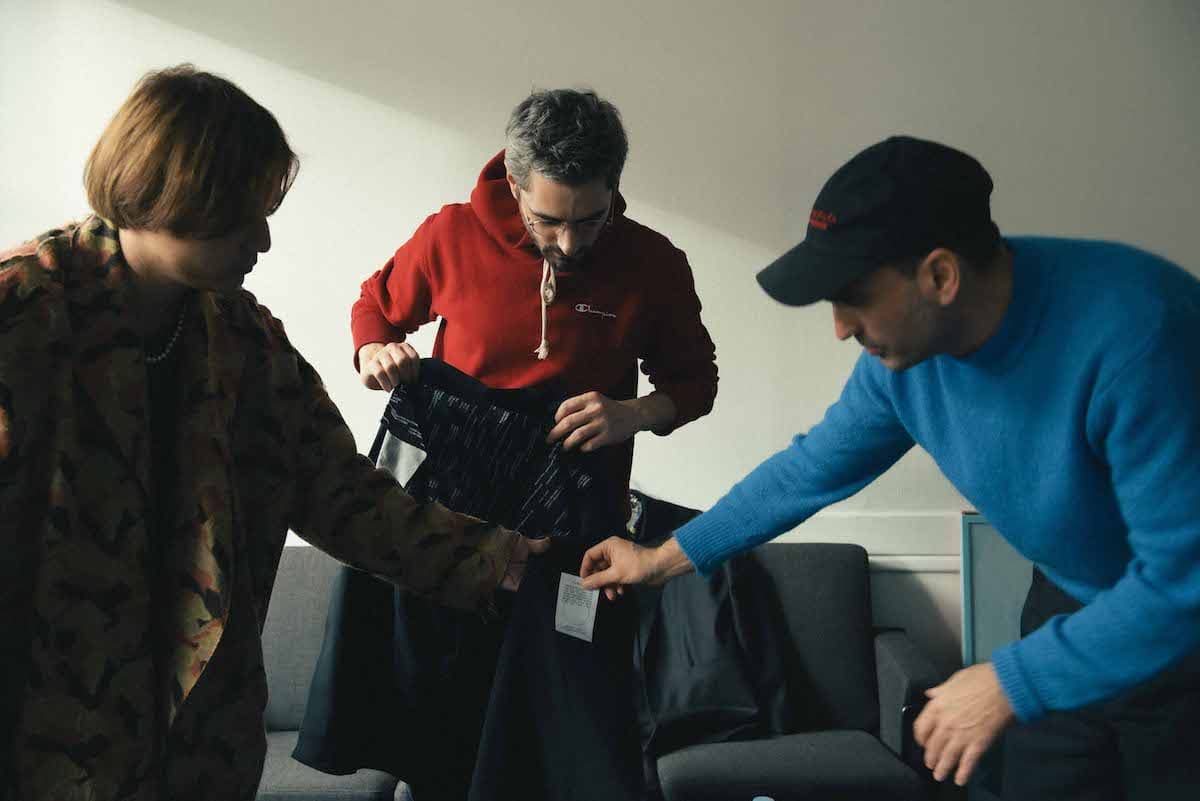 ―Please tell us about your future vision.

Leonard: ILL-STUDIO has been developing through 12 years till today, and we have handled a lot of commercial projects with the other clients and brands. Surely, we will work on future projects as ILL-STUDIO, but we also yearn to operate personal, individual activities too. “GENERAL INDEX” was definitely one of those works.

―You mentioned you like the moment that you handle several tasks simultaneously, and is there any moment that you don’t think about anything during a day? Or, do you try to make that kind of time?

Leonard: We need to work hard to make that type of time haha.

Thomas: Yeah. “Thinking nothing” is actually the hardest task. However, we are currently controlling flows of information, so we are managing our minds better than before. Yet, we don’t feel relaxed by resting at home for two or three days, so we are probably workaholic that we rather feel comfortable to deal with multiple tasks. 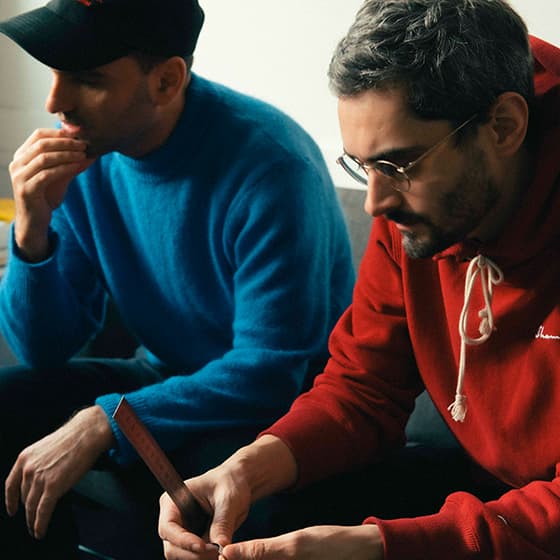