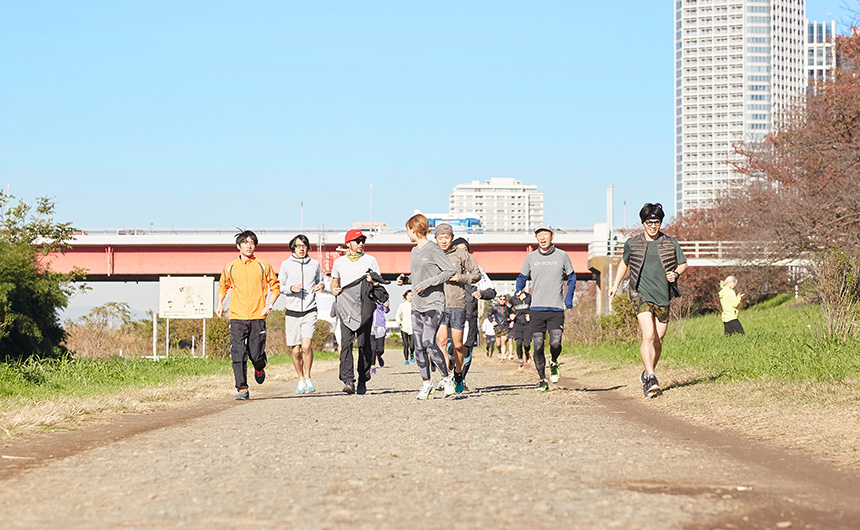 EN ROUTE is a fashion and running boutique geared towards a city lifestyle. Similarly, the web magazine HOUYHNHNM posts a wide variety of information individually filtered by fashion, culture, and lifestyle. On a day when you could start to see your own breath, HOUYHNHNM’s running club joined in on EN ROUTE’s every-other-Saturday Futakotamagawa River morning run. With runners from a wide variety of ages and occupations, everyone had one thing in common: they all liked running. Moreover, the morning run deepened their friendship. Running not only makes you move your body and refreshed body and mind, but it is also useful in creating new communities. It is that same “killing two birds with 1 stone” charm that we would like to demonstrate now.

About 30 running enthusiasts joined together on one fine day!

Under the blue morning sky, people cheerfully exchanged “good morning!” greetings with one another. The Futakotamagawa River morning run, organized by EN ROUTE, was under way. In addition to the runners who came because they saw the fliers online or on the storefront, there were also runners from the HOUYHNHNM running club. Although their approach to running differed, both groups wanted to surrender their body to the joy of “sport” as well as widen their horizons. 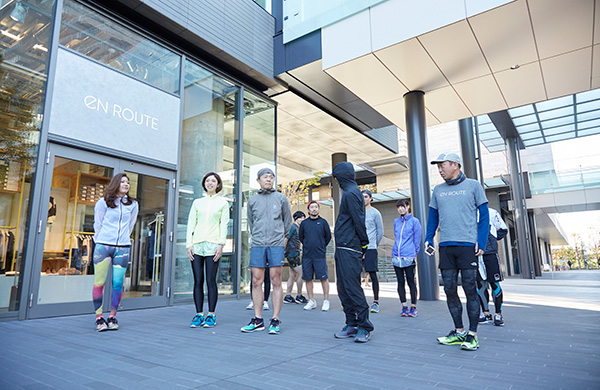 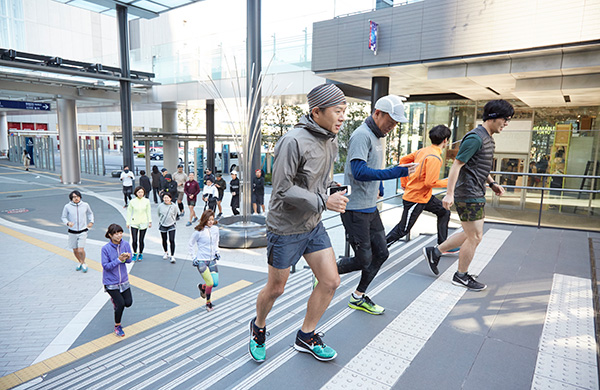 The Futakotamagawa River’s new shopping area is located inside Futakotamawaga Rise, which is where EN ROUTE Futakotamagawa meets. After doing a discrete series of warm-up exercises, everyone started running. With crystal-clear air that can only be enjoyed in the morning, the runners dashed off. 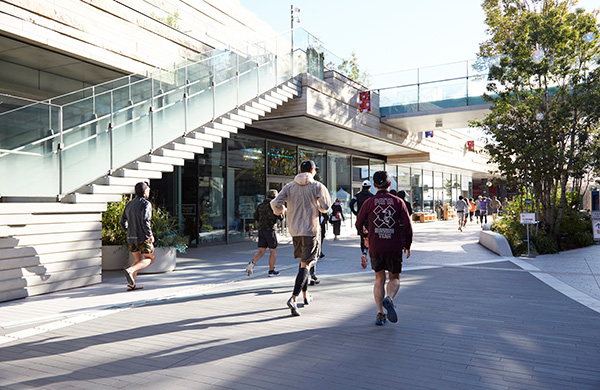 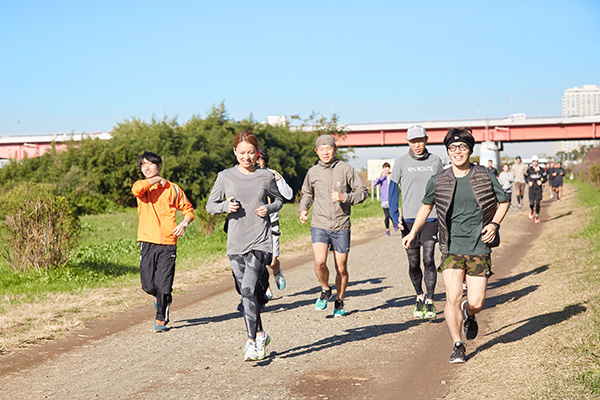 The group leader, EN ROUTE Futakotamagawa staff member Yoshida, was in charge of setting the pace. Not all had lengthy running experience, in fact many runners followed the leader purely out of the joy of running. 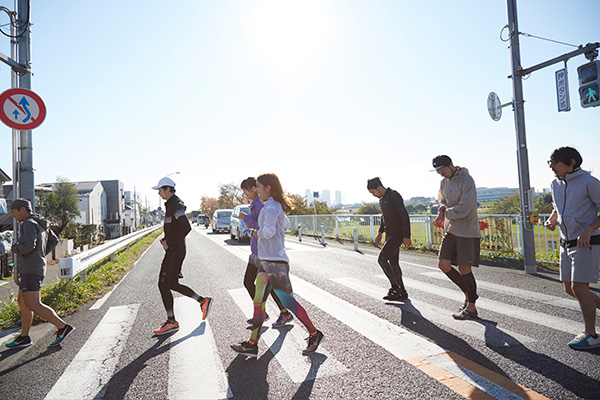 Neither too fast nor too slow, the runners continued towards the Todoroki Ravine after finishing the approximately 15 minute Tamagawa riverbank stretch. It is the responsibility of each runner to follow the rules of the road accordingly. 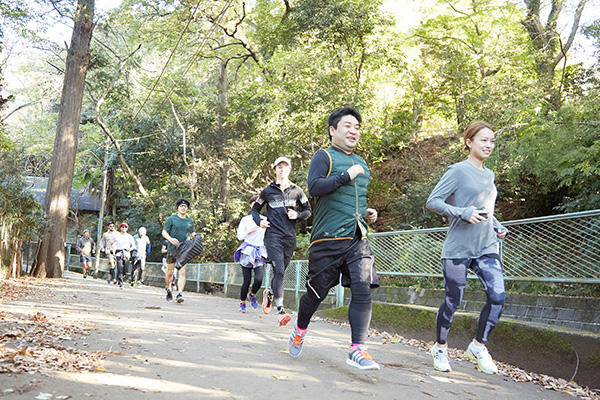 In stark contrast to the Tamagawa riverside run, the Todoroki Ravine area was solid green and warmed the body. Perhaps it was the high density of negative ions in the air, but it felt like the pace had become more lively. 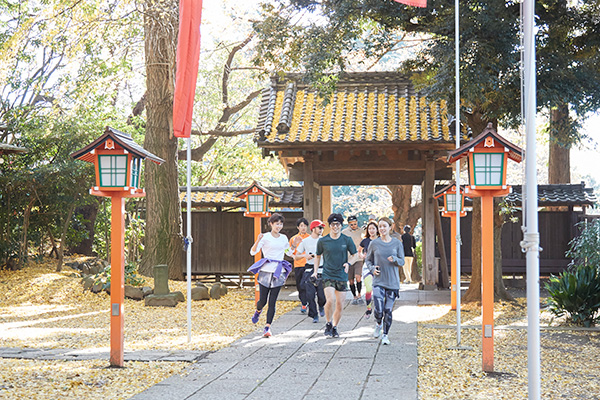 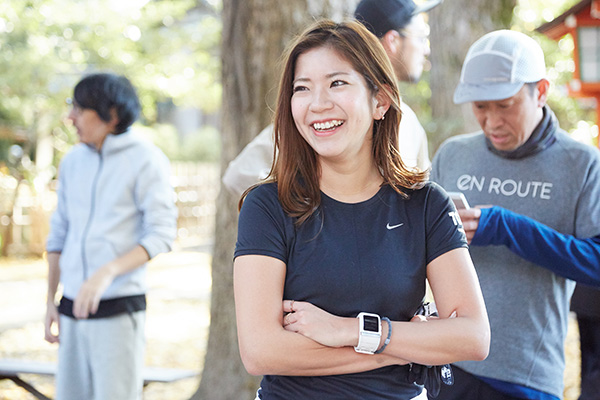 After about 10 minutes of running, you arrive at the symbol of Todoroki Ravine: the sacred grounds of Manganji Temple. The up-down nature of the route helps you get your breath under control. 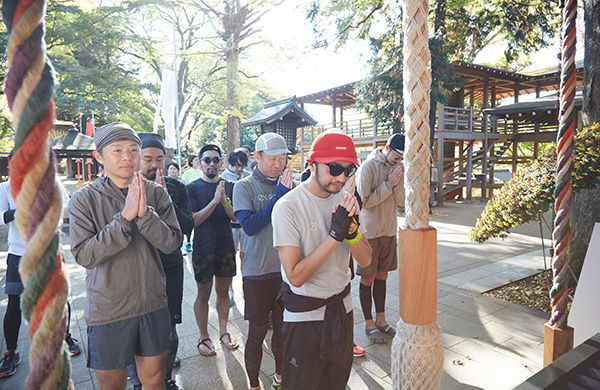 The Todoroki compound’s main hall was constructed at the end of Japan’s Edo Period!
Doubling as a historic rest stop, you can catch your breath while making a wish at the sacred structure. There is but one thing to wish for: a safe and injury-free run. 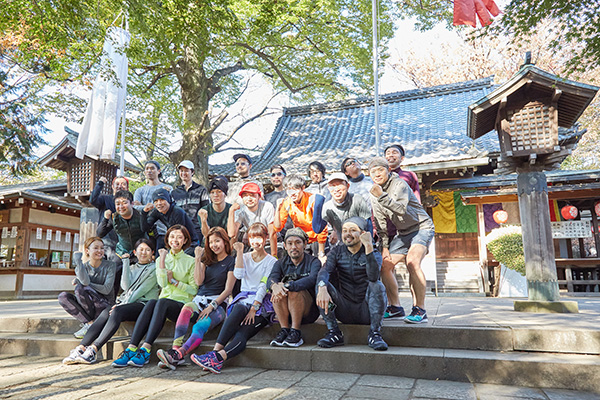 It is also the perfect opportunity to take a group photo in front of the temple monument with all your running companions. 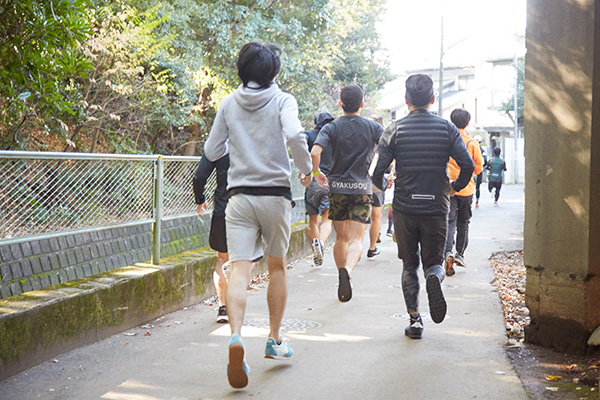 After the temple, you cross the road. With a body and spirit refreshed by the sacred environment of the Manganji Temple, everyone resumed the run with renewed lightness in their step. 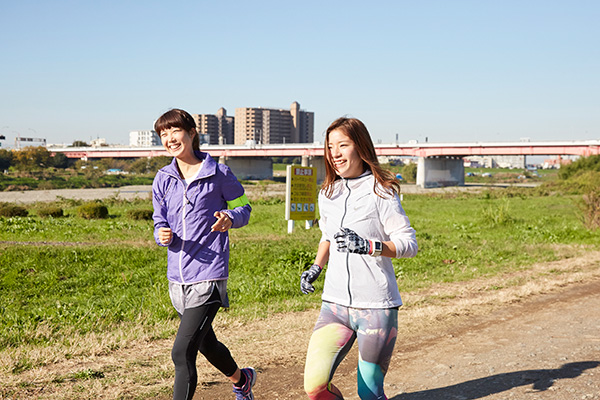 Perhaps it was the anticipation of having the goal in sight, but returning down the Tamagawa River filled everyone’s faces with smiles.

This is the charm of a fun run done at a conversational pace, allowing communication from information exchange to idle chat while sweat flowed. 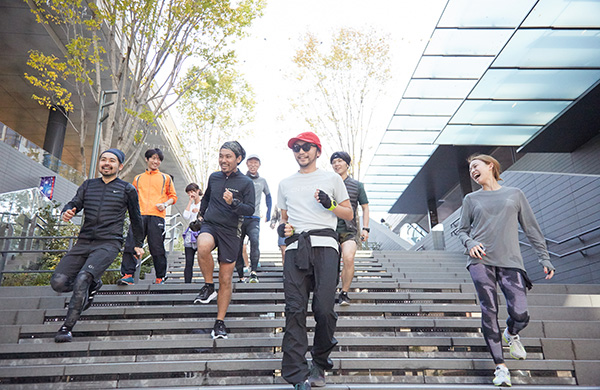 After the 1-hour and approximately 6-kilometer run, everyone arrived safely at the Futakotamagawa Rise finishing point. Not a single person was injured or dropped out. It would appear as though the prayers were answered by the powers of Manganji Temple. 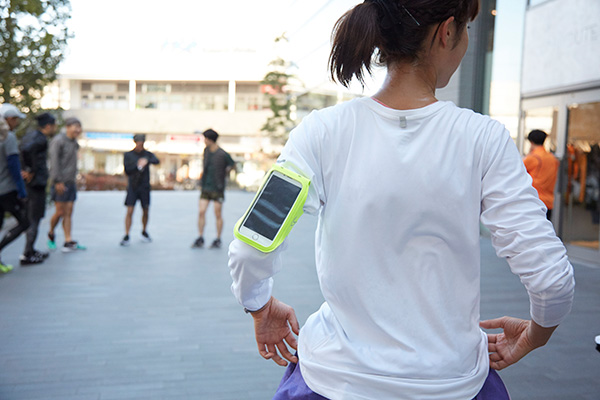 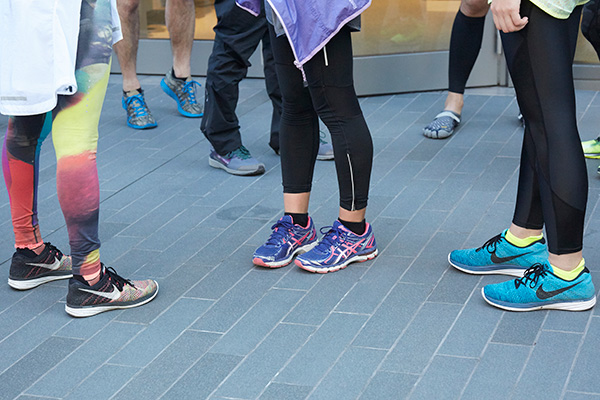 Finally, everyone reflected on the run while stretching out. People were more animated than expected, and most vowed to keep up the habit of running without getting lazy. 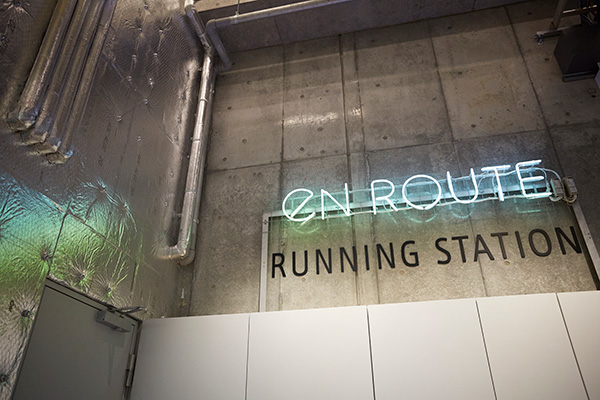 Afterwards, I returned to the EN ROUTE running station. 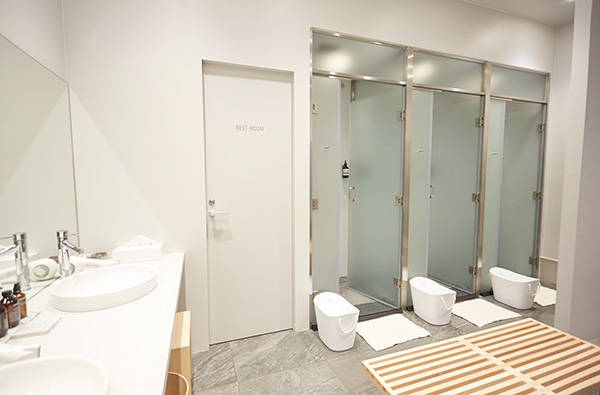 At the running station, you can leave your coat, shoes, and bag worry-free in our large lockers. There are also shower rooms and powder rooms available with bath accessories designed by Danish designer Arne Jacobsen’s company Bora, Inc. The price is charming, too, at only 700 yen per use. 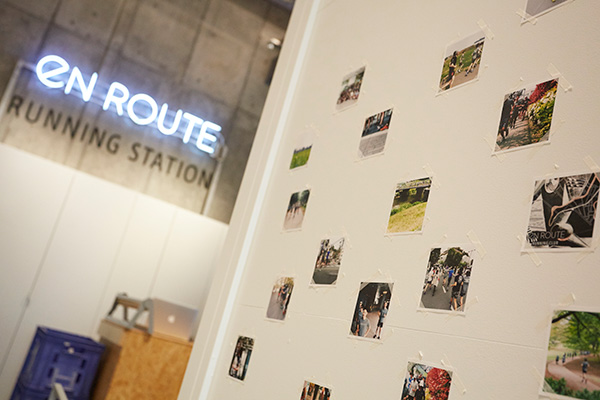 You can gaze at seasonal running club information and pictures on the adjacent wall to the running center. With EN ROUTE and HOUYHNHNM now running together, EN ROUTE will probably get their own area on the wall. 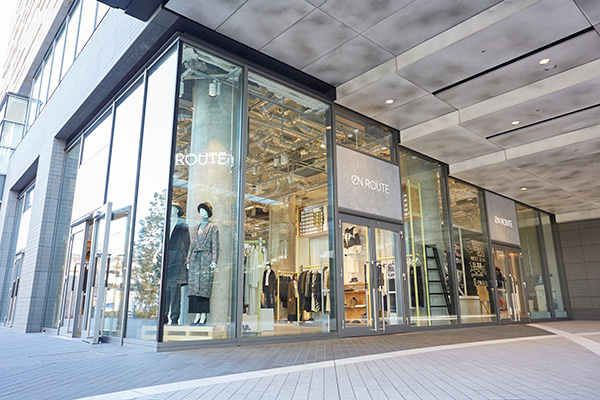 On the large blackboard located in the store, there are recommended Futakotamagawa-area running routes as well as information about runs put on by the store’s running club. The one-day start “morning” runs are effective in refreshing mind and body as well as giving the sense of a day well spent. If you enjoy running like us, you will find everyone easy to talk to upon first meeting. Feel free to join in by yourself or with a friend. Why not come and expand your circle of friends? 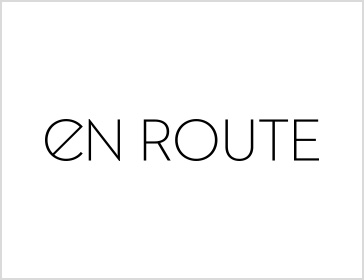